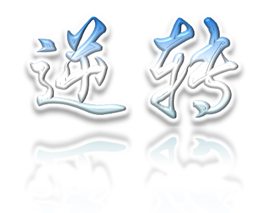 A transition of God's grace into the completion of His creation in our purpose has occurred as we moved from the fifth month into the sixth. At the turn of the new month, I began to experience God's hand in areas of my life where I had not seen movement in recent months. His presence began to linger throughout the day in ways that I could tangibly feel. It magnified the truth that anything I pursue cannot be accomplished by my own efforts, but only by His power. As I began my day on the first of June, I heard Him clearly speak the word, "Overturn." I heard it repeatedly then began to see the message God was speaking in a vision which defined it in multiple ways for those who are ready to receive.

We are at the tipping point and God is about to OVERTURN our lives in many ways. All that has been held back and contained within you will begin to pour out in great measure! His Word will be released in the overflow of your spirit! Many will experience a refreshment of faith, hope and love through what He releases in you!

"Whoever believes in Me, as Scripture has said, rivers of living water will flow from within them." (John 7:38 NIV)

The Lord has entered the Courts of Heaven on your behalf, OVERTURNING the verdict of your past. The enemy has been overruled and your sentence has been reversed. You will be given back all that was lost! Time and resources spent to defend yourself shall be returned sevenfold as He has been proven to be the thief that tried to steal from you, kill and destroy you! The charges he stated against you have been revoked from your record.

The Lord has declared, "OVERTURNED!" on your behalf. The prison the enemy created to hold you in bondage will fall away. Anything that has prevented you from stepping forward into what God has predestined you for will be removed. No more hindrance, no more delay – just overflow of His goodness and favor over your life!

Your testimony will not only be heard in Heaven's courts, but it will resound around the globe. It will cause a ripple effect of new-found freedom for many. The Word of the Lord has set you free and you will bring the same freedom to others by declaring His truth and testifying of His goodness.

The Lord has OVERTURNED what was meant for harm and has allowed it to be used for your good as you begin to walk further into His will for you. He is sending angel armies to protect you against other attacks and judgments the enemy would try to bring against you.

Be ready to experience a life OVERTURNED by the hand of Jesus. You have reached your tipping point and you are now spilling over. You have been filled with the Lord's living water and you are ready to refresh the many who are thirsty for His presence. (Photo via Pixabay)

"The fish in the sea, the birds in the sky, the beasts of the field, every creature that moves along the ground, and all the people on the face of the earth will tremble at My presence. The mountains will be OVERTURNED, the cliffs will crumble and every wall will fall to the ground." (Ezekiel 38:20 NIV)

"For the Lamb at the center of the throne will be their shepherd; 'He will lead them to springs of living water.' 'And God will wipe away every tear from their eyes.'" (Revelation 7:17 NIV) 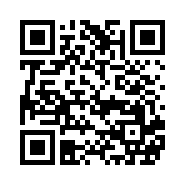