For it is all about the continued acclimation to these energies that are coming into the planet, these waves of energy that have been so-to-speak bombarding the planet for some time, now, but increasing in intensity over a period of time, wave after wave after wave. And more waves are coming.

I want you to think, or just picture for a moment, the ocean as the waves come in from the ocean, coming onto the shore. At first they come rather small, then picking up intensity, getting larger and larger, stronger and stronger, more and more intense, until that final wave that comes in and washes across the entire area. Think of this as that wave of energy that will eventually come to the planet as the Change-Over, or The Event, occurs. But before that, many smaller waves, many smaller happenings, that have been coming in that many of the channeling sources are talking about now, these waves of energy, these dominos that are falling and will continue to fall, all that is happening to bring you into the higher vibrations, to keep you there longer and longer in those higher vibrations.

For those of you that are resonating to these words now: you are no longer in the third dimension.You may think you are, because your programming continues to keep you in that state of mind. But you are not there. Your consciousness is not there. Yes, it can slip down in there every so often if you allow it to. But you can bring it right back out much quicker each time you do this. You do not need to wallow in it any longer in depression, in states of illness. You do not need to do that any longer. You can move beyond it and stay beyond it.

Because the earth herself, Gaia herself, has moved through the ascension and is continuing to do so, and yet hold the space for those of mankind who continue to have the opportunity to acclimate to these energies just as you are, to continue to be able to move through these waves of ascension, as they beginning now to come in more and more.

True, you have not reached those three waves of Ascension that have been spoken of yet, not in your physical bodies. But in your higher bodies you have. It has already occurred. The Event has already happened at the higher vibrational levels. It only needs to manifest now when the vibrations have increased enough across the planet so that all of you have acclimated enough to be able to withstand that energy.

And we of the Ascended Masters, The Celestial Host, The Galactics, The Agarthans, all of us are watching this process, watching this ascension process as it continues to move through, continues to move through this transition that is occurring now at this time as the many truths are beginning to come forward, beginning to be revealed, and will be revealed more and more.

For the truth cannot be held back.It must be told. It must come forward. For ascension to fully occur, the truths need to be revealed.

You need to be able to have the space open to you to be able to move into those higher vibrations whenever you feel the urging, the encouragement, whenever you feel your consciousness reach out to the higher vibrations, the higher levels around you. And as you do that, as you continue to reach higher and higher, you will find that which you are reaching for.

You will realize that you have moved in, or moved out, of that old programming that continues to hold some of you back at times. I say some of you, and I say at times purposefully, because there are those times when some of you still continue to fall. But even when you fall, you do not stay fallen. You continue to reach up, and your higher selves and your guides reach for you and pull you up out of the shadows, back into the light, back into those higher vibrations, and therefore higher dimensional frequency.

It is all open to you now, my friends. It is all open to you. Just step aside, just as I did as Yeshua. I step aside and I say, “Father, I give this all up to You now. I step aside. I and my father are one.”It is up to you now to do the same, to step aside. Let the Father within you doith the works. Let your Higher Self continue to move you forward. Your Higher Self will not hold you back, only the lower self, the lower ego self, can hold you back. Let go now. Move on. Let the Forces of Light come shining through. Then once those Forces of Light shine within you, then you shine that light out to all around you.

I am Sananda. I leave you now in peace and love and oneness, and ask you to continue to call forth, not only for yourselves, but for those around you, for them also to reach to their Higher Selves to pull themselves out of the quagmire, the 3-D illusion. 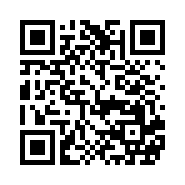