I am your Saint Germain.

You spoke of The Event earlier in your discussion and what The Event is, and what would happen after, and what has kept it from happening up to this point. But the truth is, my friends, that The Event is already in process of happening. True, it has not developed completely as you would be expecting it, but it is in process. It is the same as your ascension is in process. You have been working toward this culmination of all things coming together at once.

All the many events that have been spoken of are in process.All of the waves of energy that have been coming in are bringing you to the point where you will be able to fully withstand the great energy that will come from the universal central sun, from Source itself. And that energy is coming to the planet now.How long it takes depends on consciousness of man, the collective consciousness of man.

And yes, it is true, as the ones that are considered still of the dark forces, once they have been taken out of the picture, let us say, once they are no longer able to affect the changes, then The Changeover can fully happen.So you are in process now of that occurring. Everything that you have been doing is leading up to those moments when the full Changeover can occur.

For it is true that Source, Prime Creator, has said “enough is enough.”And once those words, that sentiment, was uttered, then everything went into motion. All of those of the Galactics went into motion planning their projects, their many different projects, organizing their delegations that will be introduced to the planet that are being introduced now to many of you in this group and in other groups as well.

And as KaRa has spoken to you, this particular group is being prepared for these contacts. We cannot go into too much information at this time about that, but know that it is all in process.

And yes, there are still many things happening behind the scenes yet. Many things that even for those of you that have eyes to see cannot yet see. But it is coming. And those revealings of the truths are coming.

Your Republic, the New Republic, or the Old Republic, however you wish to look at it, is coming.It is coming closer and closer to announcement. It has been held off several times now, but it will be brought through. Just as many other new revelations will be brought forward. The truth is out there, and the truth shall be revealed, for it MUST be revealed.

So know, each of you, each of you that have been planning, preparing, not for days or months, or even years, not even for centuries, but for thousands of years you have been building toward this as a collective group where old souls have truly come together again as you know of as the 144,000.

But it is more than just the 144,000 now. It is in the millions and millions of Light-workers and Warriors that are working to bring this entire Changeover into fruition to bring the final crescendo, the culmination of all that you have been building toward. This is your legacy, my friends, by Brothers and Sisters. The legacy that you have been building and building and building, and moving toward. All of that is nearly to an end.

As Sananda has said many times, the finish line is right there in front of you.All you need to do is get that last bit of strength. Feel that adrenaline coming into you in those last moments as you near the finish line. And then you can cross the finish line.

And once you do, as it has been said, many of you, because of who you are, because of the legacy that you carry, will turn around and go back across the finish line and help those that are struggling behind, those that are near the finish line. They will be the second wave. You will help them across if you choose to do so. Then those will turn around and help the third wave as well.

Yes, there will be those who will chose not to ascend, and that is their choice, and it is completely without judgment of any kind from us or Source. No one judges you other than you judging yourself. Always remember that. No one can judge you but you.

I leave you now as Saint Germain, knowing that as these times continue on. And the times are becoming less and less now, fleeting moments are for you yet to transpire. Let go now. Let go of all preconceptions. Let go of all that may be holding you back for that final push that is required now.

I am Saint Germain. I leave you now in peace and love and oneness, and for the Violet Light to continue to bathe you, just as it bathed myself and many others before. Let it wash over you. Let it purify you. The fire of love. 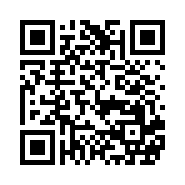