We will repeat today a message concerning unconscious beliefs. There are things that you accept as true even though you have not personally given any thought to them. Some are extremely important and limiting.

In one our messages we used the words deserve and worthy. We used the word unworthy. This was in the context of a discourse on the illusion of separation. We would like to expand on those terms today.

We understand, and we stated, that mankind is in the process of bringing the illusion of separation to an end. Seen from your vantage point, it will be obvious that everyone is not at the same point in the process. And the ideas of unworthiness and being undeserving are an unconscious anchor holding many in place where they are. As is the idea that it is not possible to be at one with the divine. There are even those, and not a few, who would be afraid to achieve that oneness. So we have here a few serious things to discuss.

If you cannot think of yourself as deserving of a thing, you will never be able to have it. If someone were to give it to you, you would figure out a way to lose it. The same is true of feeling unworthy. And almost every person on your world has as least begun by judging himself, herself, as being in that state, if not just downright needing to be punished. Many centuries of being taught such things have resulted in you believing them.

It is a widely understood concept now that the divine does not judge. But understanding the concept does not guarantee that it is accepted in one’s deepest core. It is quite possible to think one thing and actually believe the opposite. In fact, it is more than possible, it is common.

As for being afraid to achieve oneness, or even progress, this also is holding many back. You do not know what sort of life you will lead when those things are overcome. And what one doesn’t know, one has been taught to be afraid of. And again, it is possible to wish for something and still fear having it.

There are practices among you these days that will help you to find and root out these things. And they can be found and worked on in prayer and meditations of all kinds. It is not all lost however if you do not practice these things. It may be a lot more difficult to see them in yourself however.

That is the trick, you see. You need to know that they are there. Once you find them, merely being aware of them will begin to dissolve them.

Now in the time you are living through, the energies that your world is being flooded with are bringing these things to the surface for you to see and release. And those who understand this will have a much better time of it than those who do not yet know what is happening. Of course this is the reason why we keep pointing things like this out to you.

There is one more suggestion we would make, and it is not the first time we have made it, nor is this the first time you will have seen it. If you make a daily practice of sitting quietly and breathing white, or perhaps white and violet, light into the top of your crown, your heart, and then throughout your body, you can make short work of much of this. It is not necessary to spend large amounts of time with it. It is good if you can remember to do it often throughout your day.

It is accepted by many that you are about to enter an entirely new phase of this ascension process. And that is true. Would it be a shock for you to discover that the process of self-realization will not end there? 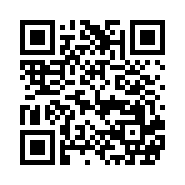