We will look at The All today from the understanding of it as awareness, which is only an aspect of it, but an important one. It is important because it will help many to understand so much more.

Now the Source, or the All, can be thought of as a field of consciousness. Even your scientists today are beginning to see this. They now posit that everything that is, is consciousness and information. They are only a few thousand years behind, but at least they are catching up.

One of the attributes of consciousness can be awareness. And if there is awareness, there must be something of which to be aware. Now mentally place yourself in the position of the All. Of what are you going to be aware? After all, if you are the All, there is nothing else. So, if you have decided to be aware, you must be aware of Self. Do you see? And if you create thoughts and ideas – and believe us, you do – then there are an infinite number of things for you to be aware of. And all of those things are You, because You are all of those things.

And because all of those things are You, made of You-stuff, they are all consciousness and are all aware to one extent or another. Try to just accept that. As you become more and more aware yourself, you will discover it to be true.

At the core, all awareness knows that it is in the field. It is conscious of the field. It feels the field. But there are some parts of this consciousness that have become afraid to be aware of this. These parts have been conditioned to believe that they are unworthy, for one reason or another, to be a part of the field. They have been separated off. They are not really separate. They just allow themselves to believe that they are, and therefore are no longer aware of the truth of who they are.

Some of them have been taught that they may return to this awareness, but that it must be earned by one method or another. They must strive mightily. Some believe that it cannot be achieved in less than a great many lifetimes. But let us look at what really separates one state of awareness from another.

No matter how you look at it, no matter how involved an explanation you choose to make, all that separates one state of awareness from another is one thought, one belief, one feeling.

The person that you refer to as The Buddha went through many years of learning and striving. He finally reached his epiphany when he sat down, relaxed, and allowed it to happen. Your western beliefs are based upon the words and actions of one who demonstrated the truth of what we are saying over and over again. His most important message was “You can do this.” Consider that perhaps “I am the way” could have been translated as “Let me show you how. Just believe what I have been telling you and showing you. Everything I have done, you shall do also, and more.” He did say that. Right?

Some humans have chosen to believe that a great many written things need to be believed literally and that others should be preceded by the words “Yes, but what he really meant was…”. So we will just say ‘try it’.

What will your life become if you actually make the change in your thought and in your feeling that you are one with your Creator? 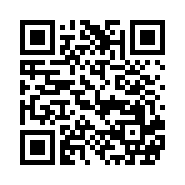