These people were not only uncreative, these people were pathological too, they were suffering from mental illnesses. They were not even normal but they were thought to be saints. The more a man was capable of torturing himself, the greater saint he became. That was a nightmare.

And it is good that all those religions no more have a hold on humanity, are no more relevant to the human heart. It is good; a nightmarish chapter has ended. The future will have to find a different kind of religion -- a religion of creativity, a religion of joy and celebration, and a religion which is basically aesthetic.

If a man only keeps alert about beauty, all will happen. Then you cannot be violent because violence is ugly; you cannot torture yourself or anybody else, because torture is ugly.

Once you start living beauty in Life, all else becomes possible, easily possible. Then all that is ugly becomes immoral and morality becomes a totally new dimension, the dimension of beauty.

And that's my whole work here: to help you to bloom. I am not here to impose any idea on you. I don't know what kind of flower you are going to become. I don't dictate that you have to be a lotus or you have to be a rose; that is immaterial.

Whatsoever you are going to be, whatsoever: a known flower, unknown flower, a wild flower -- that doesn't matter. You should bloom, and whatsoever is hidden inside you should surface. In that very surfacing life is fulfilled. 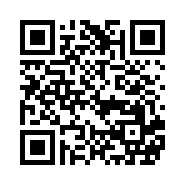