I would like to begin by greeting all of humanity with the greetings of freedom, empowerment, divine love and oneness. That greeting is known as Mushaba Greetings.

I come to you today as the voice of the Mushaba People. I have been given permission to speak on behalf of all people on the planet Mushaba. All of creation is now moving into what is called “The New Era of Evolvement” as decreed by The All That Is. The All That Is is the energy, the being where everything in existence comes from. This being created everything that exists before creation, as well as everything in creation. In this new era of evolvement, the Mushaba People have been given the responsibility to have the leadership position. Just recently, the planet earth has been put under the authority of the Mushaba People to take the leading role in the evolvement and ascension of planet earth and all beings inhabiting the earth on the surface and within the earth.

There have been many major changes that have taken place in the universe and the high dimensions. Many of the universal, galactic, and planetary council’s have been removed, restructured, or disbanded. All the beings of evil and negative darkness have been put on notice to work toward evolvement or be either sent to source, or quarantined and taken through training until they evolve toward the only way of being, which is love, light, truth and integrity.

Also those beings of the light that have been convoluted have also been put on notice to shape up as well. You see, The All That Is has intervened in all of what is going on in creation and have discovered many things that were being done by dark hearted beings dressed in the clothes of light. All of the universe, and that includes all planets in all dimensions and all beings, have been subject to the house cleaning decreed by The All That Is. No one or nothing gets away. All things are being made right in all of creation.

Beings everywhere not just on earth have not been given the appropriate assistance needed, especially those sent on missions on behalf of the councils. All is being rectified now and you will begin to see many changes taking place everywhere on earth and the universe. For earth, you have been witnessing the cleansing of darkness, evil and corruption everywhere. The energetic codes and established protocols have been removed and rewritten and all the built up negative energies are being swept away by the many tribulations of nature through, fire, water, and shaking of the earth. Earth is cleansing, blowing away, washing away, burning away, and shaking off the build up of negative protocols, codes and energies that have been causing great unbearable stress in all of earth and humanity.

These energies were feeding those in power to stay in power and to continue to usurp the free will of the people. The holding up of the prosperity and healing technologies from the People will all come forth now. No more do the negative dark hearted beings have unchallenged power anymore. The RV process has also been taken away on the galactic level from the ones that were in charge of it, and those beings were sent back to their home planet along with their mothership and scout ships. They weren’t doing their job so they lost it.

On the earth level, the elders have been completely replaced by a group of new elders. Also those around General Dunford that resisted his orders concerning the RV release have been removed and replaced. Other people in the entire chain of command from the highest to the lowest have been removed and replaced. Now we can expect a smooth transition to the era of prosperity. Know that the way for your President Trump to be removed has been cleared as well.

Why am I telling you all this? Because its total freedom time for you; it’s your independence day. You have some of the same beings that are of light, love, truth and integrity working with new beings with the same qualities on your behalf and on the behalf of all beings in the universe. These new beings have been ordered here by the All That Is to assist in getting the New Era of Evolvement well on the way and all planets and people in the universe on the right track toward evolving to be the living epitome of Love, Light, Truth and Integrity! A major universe wide wake up call has been sent out to all beings in the universe rather light or dark, good or evil. So dear loving brothers and sisters of earth, your prayers are now in the throes of being answered right in front of your face. Look for it because it’s there. Embrace it because you earned it.

You are dearly loved forever!

I am Porda known as Papa Force 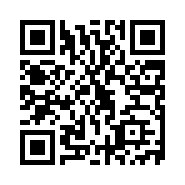