Mushaba Greetings to all of humanity,

I return today in such a short time because I want to share some more information about what is going on everywhere on earth and in the higher dimensions. Even though many may find it almost impossible to believe because of the smoke screens and mirrored reflection of the old guard, you find it hard to believe, let alone accept that change is here and that what appears to be is not and what is not, is. Now let me explain in a clear way what I mean. It appears so in your world of earth, and also in the various worlds in the universe, that it is business as usual because you hear all the bad stories, all the negative things happening and it doesn’t matter if they are true or not they just need to be said, and then people take it and run with it into the ground and take as many with them as they can.

The actions that are reported in the news, whether true or false doesn’t matter because it keeps the dead Cabal alive in the minds of people everywhere. So it appears that nothing has changed, even though what appears to be is not. The cabal is dead and all the true powerful leaders of the cabal have been removed off planet. So you ask “why is the same old stuff still going on”. The answer is first of all it isn’t. Secondly when things are put in peoples mind, they see what they want to see or believe is there even if it is not. Thirdly, the people that are left behind, are want to be minions of the former dead as a doornail cabal. These are simply bad, negative evil minded human beings that are carrying out the old ways of their masters even though they have no master to guide them or tell them what to do. They are acting on their own, and as humanity, you will rise up and take your stand and take back your earth, your government and every aspect of your society that is not of Light, Love, Truth and Integrity. That movement has already begun in earnest. The problem is that it’s not easily seen because that will not get the main media coverage, yet! However, there are times when these actions, these stories, slip through but are quickly kicked, or people don’t buy into it because of conditioning. Society or humanity as a whole has been under many forms of conditioning for a very, very long time. It is old tactics that are being used and used successfully. However, the bright side to this is that it is having less and less of an effect on people as it once did. People are outright challenging a lot of information that they receive. This is good!

So many are waking up by leaps and bounds and so many are starting to figure out that “we as a society have been duped for a very long time”. These evil dark hearted beings in power will not last much longer. The power is truly in the hands of the people and that is their biggest fear. So they do all they can to make you feel that you are powerless and that your voice doesn’t matter, that you are in a hopeless position and under the thumb of the authority. So people concede and give up. But oh how that has changed and is an ever growing movement! The energies that have been sent to earth, especially in the past 3 months, have been the most powerful and life changing soul changing energies there are, sent by The All That Is and Creator to help earth to quickly evolve to the point where they should have been to date if it was not for the interference of the dark hearted beings on earth and in the many universal galactic councils.

Yes, it’s a hard pill to swallow that beings in high dimensions that are of the light can be deeply corrupt and convoluted. This is why house cleaning has taken place universal wide. It fits the saying that we have on earth that states: “As Above, So Below”. This is why I personally recommend the Book by my son Anakhanda Shaka Mushaba not for reasons of advertising his work, because he was guided to write these books for the future study of all of humanity so they can be brought up to speed on many things especially how things operate in the universe. The book I am referring to is called: Maldion “A Leader Hiding in Time” From Good Dark To Platinum Light. It tells an amazing story of how this being went through such an ordeal in dealing with both the leaders of the dark and the leaders of the light. Maldion didn’t trust anyone to have the knowledge that he carried because he knew that whoever gets what he has, it would tip the balance of power in the universe. So he wanted to be sure that when he gives up this knowledge it will be to the right beings of the light and he had to search to find out who that was. He ran for his very life as he “hid in time” to avoid being caught. My description does not do the book justice however, if you have any interest you can research it yourself. I only mention this book because it sheds light on things that you would think is fiction, not real or possible.eraoflight.com

In my closing message today, I want you to realize and accept that things are much better than they seem, and I want you to look for the good and for the changes and see behind the smoke screens to the truth. You will in a short few months be witness to these changes worldwide and universe wide and it will be no denying it. Those beings both of earth and in the universe that are still trying to perpetuate the darkness of life will all come to a screeching end! They are afraid and just don’t know what else to do. They see that they have lost their grip on everything that they once mastered. Hold your head up and know that not only is change going to come, change has come and is here!

You are all dearly loved,

I am Papa Force- Porda

In my messages you always hear me say either Mushaba Greetings or Mushaba Blessings! What this greetings does is to spread the frequency of what this greeting means. It means that you are greeting, or blessing whomever you greet with the energy of freedom and empowerment, divine love and oneness, and transformation and change! That’s it in a nut shell. 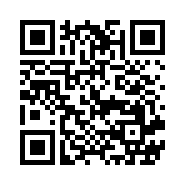