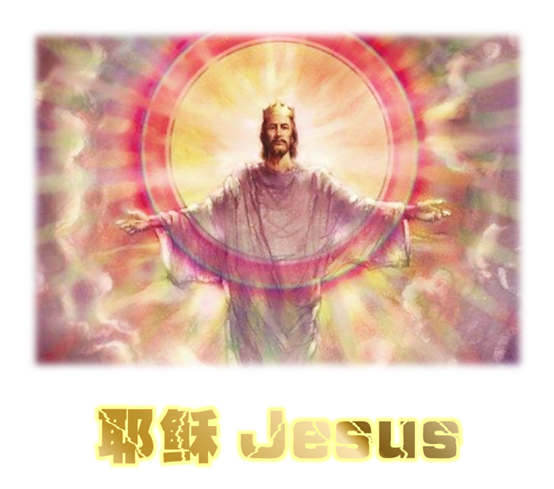 I just want to reassure you that humanity at large is in the process of clearing enormous amounts of self-disparagement and non self-acceptance that have lain buried within and that must and will be released because you are now ready to do further very important inner work. It is very unsettling for you because you have already done an enormous amount of inner work and had thought that you were finished. But, of course, as humans this is a constantly ongoing process. Nevertheless, when all that has been buried or denied is finally seen and released you then find yourselves free to grow and evolve toward awareness of your true state – Oneness – which is what waking is all about.

All of humanity is now on a highly accelerated path towards waking up, it is both exciting and uplifting, and, at the same time, quite unsettling because you appear to have lost your sense of direction spiritually speaking. Really it is a time of allowing life to unfold for you, just as you originally planned it, instead of attempting to direct it from your human and egoic perspective which nearly always leads to pain and disappointment.

For eons you have been attempting to control and direct your own lives, as well as those of your nearest and dearest, and also, if you could establish an effective power base, those of other cultures, creeds, or nations. Finally realization has dawned on the human collective that this does not and cannot work because no one wants another to control and direct him, and nor should he!

You are each a belove child of God, One with Source, but freely e·xp·ressing your individual creative abilities as you journey back from separation to Oneness. However, humanity’s egoic traits, personal and collective, have been very firmly ingrained over the eons, consequently it takes a lot of time to uproot and discard them.

The preparation for this has been ongoing for over three hundred years, and quite recently the tipping point was reached when enough of you became fully aware of the insanity of these generic individual and self-serving egoic agendas to activate the commencement of the release process. This is now accelerating very rapidly, as clearly shown by the increase in conflicts worldwide, from one on one to international ones. The purpose and intent of these conflicts is to demonstrate as widely as possible the absolutely essential need for major change in humanity’s basic beliefs and assumptions which until very recently have been totally ego-based.

It is impossible for anyone to honestly claim that more regulations and more violence to enforce them will resolve the issues and problems facing humanity. It is quite clear that they can only be resolved with harmonious cooperation, and that means that the deeply ingrained belief systems held by different races, cultures, and religions must be discarded. Belief systems – philosophical, economic, political, or religious – are extremely divisive as your history demonstrates very clearly. Nevertheless, humanity has clung to them for eons out of fear, because by holding them it seemed they brought people together. And they did, but only as groups in fierce opposition to other groups, leading, naturally and inevitably, to conflict.

ALL CONFLICT IS DRIVEN BY OPPOSING AND UNSOUND SELF-RIGHTEOUS BELIEF SYSTEMS!

No belief system is ever utterly right, and no belief system bestows on anyone the right or the authority to control or direct another. Your social, national, political, economic, religious, and international systems, organizations, and governments have established rules and regulations so that people will conform and obey. But truly, rules and regulations should be used only to provide a clear means of communicating norms of behavior that work safely and fairly for all, norms that everyone happily accepts and honors.

At the same time it is absolutely essential that the beliefs you hold are held open to receive new information as it arises so that your beliefs may evolve. Evolution is a major part of the homeward journey from separation to Oneness. The Spanish Inquisition was initiated to uncover and destroy those whose beliefs were not in complete alignment with the dogmatic rule of the Roman Church at that time, as a new age in scientific discovery arose and began to show up the numerous factual errors in that authoritarian system.

However, what has occurred over the eons, and has until now been generally accepted, is that those in authority made rules and regulations to establish “a belief system” that serves their own egoic agendas, and that the rest must honor and obey them. Those “in authority” frequently place themselves above these laws, never having to obey them or conform to them, but just using them in blatant service to their own personal agendas.

Now that this self-serving behavior is both readily apparent for all to see, and is recognized as totally inappropriate, you are in a position to make the many changes necessary to all your systems of governance – state, cultural, international, economic, and religious – so that the interests of everyone on Earth can be fairly addressed in order that all benefit. Humanity has collectively chosen to discard the systems that have caused so much pain and suffering and to replace them with ones based on Love.

Love is your nature, It always has been, and finally, within your illusory dreamworld of separation, memories of that true nature are popping into view, initially only momentarily when you are filled with love for family or partners, and then more generally as realization dawns that you have way more than enough Love to share and extend far and wide. This realization automatically transmits the Love within you far and wide because you are not separate, you are One, and therefore what you realize everybody realizes! Not immediately and consciously, but nevertheless, deep within them that realization grows and intensifies until they do become aware and in so doing further widely extend the Love that flowed from you. This is what the Tsunami of Love is all about.

Be yourselves and stop attempting to be what you fearfully think others expect or demand of you. You can only be you, and attempting to be other than you is extremely destructive – physically, psychologically, and emotionally – for the the part of you that inhabits your limited human form. You end up depressed and unhappy, and feelings of worthlessness intensify. You are, each one of you without exception, a most glorious child of God. How could you not be when God, out of infinite Love, created you for everlasting JOY! In truth you are always in everlasting joy, it is just that the veil you drew between yourselves and Reality temporarily hides that truth and its accompanying eternal joy from you.

Go within at least once daily to connect with the inextinguishable divine Light – YOUR Light – that resides within you always, and allow yourselves to accept that you are a perfect divine being presently having a very temporary and unreal experience of separation. When you allow yourselves to accept yourselves, your fears and anxieties fall away, and you feel the warmth and comfort of the field of Love that embraces you in every moment of your eternal existence. This gives you the strength to continue on your human life path with confidence and certainty, and to listen to and trust your intuition, which is fed from your heart, instead of relying on the severely limited intelligence of your human mind.

You know that your human mind is severely lacking in wisdom and intelligence because you see the effects of that all around you in the conflicts and confusions that are constantly arising. When you go within, to your holy inner sanctuary, centered in your heart, you find peace and release from fear and anxiety. This alone shows you that this is where the truth will be found. You cannot find it outside you, in others, although meeting lovingly with others will help you each to find the truth within yourselves. There is only One Truth, but, as humans, you experience It in your own individual way. No one is wrong, but, as a human, each demonstrates only a very small portion of Truth, even though within each the whole of Truth is eternally present.

Therefore, on waking and before sleeping, set the intent to be only loving whatever situation may arise, and whatever mood you may find yourselves in, and then enjoy the peace that brings to your day as you go about your earthly chores. 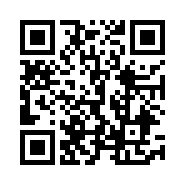