You find yourselves in the what would seem to be the most difficult times of your lives. And we would do what we can to aid you in getting through those times. However, we wish you to be prepared for what is to come.

We do not want you to be apprehensive, but to be prepared for the facts that will be presented to you. Many of you think that you are. Many think that they know what is coming. We tell you now that even those who have prepared the most will be in for a great many surprises.

We ask you to remember that one sign of wisdom is the ability to adapt to the knowing of facts that present new and perhaps uncomfortable truths. By far the largest portion of the population will have their belief systems shaken to the core. And even that is if they are able to allow themselves to understand that they have been led down a great many garden paths for decades.

Many great wrongs will be righted at last. Many of the wronged will be freed. Unfortunately, many will not be able to accept what will be presented. It is much easier to fool someone than to show them that they have been fooled. And it will be orders of magnitude more difficult when those who have been mislead number in the millions.

Everything that we have told you of throughout these past years is now about to come to fruition. The curtains will be parted. What is behind the curtains will not be pretty. Heroes will be villains. Villains will be heroes. Facts will be lies. Lies will be facts. Your world will be shaken. It has been shaken, and now you will be shown truth.

How do you deal with this?

There are several things that you must be prepared to do. First, be able to forgive yourself for being ‘wrong’. You did the best that you were able in your own particular circumstance. Everyone does. All the time. Your own shoes are the only shoes that you can walk in.

Next, begin to check the factuality of everything. Truth is always available in your new age of internet. But you need to understand that those that present information to you are biased in the extreme and they do not have your interests in mind. In these present circumstances, millions are beginning to see that, but it is far from universally accepted. You have allowed yourselves to be misled about events, about people, and about almost everything else. Be ready to learn that.

And then, learn that in order to protect yourselves and what you hold dear, you will need to adopt a far more thorough way of keeping abreast of what is going on. This will be easier than it would seem, as you have been intentionally kept in survival mode form most your lives, and that is about to change.

You are about to be freed from bondage that you do not even know that you are in. And your lives will be transformed more in the next few years than they were in the last hundred. Think about that. What was life like one hundred years ago? What do your oldest ones remember? Some of you ride horses now… as recreation. In the year 1920, automobiles were ‘new-fangled’ machines. Tell those at that time about telephones, television, jet aircraft, satellites, moon landings, cell phones, the internet upon which you will very likely read this. And we are saying that this amount of change will be far surpassed in your near future.

So know that, even though the road ahead is bumpy, the rewards that await you will be worth the struggle. Perhaps greatest of all will be the expansion of your consciousness when you are no longer held back. We rejoice at what we see. Be the amazing beings that we know you are. 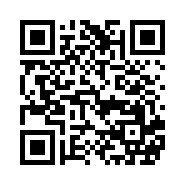