The present anxiety and confusion, due to the corona virus, that is continuing to be experienced globally, will not last much longer because new information is being released daily that is helping to resolve the issues that are causing the confusion, and so the uncertainty that is being experienced will be greatly eased. Epidemics have have always been a part of life on Earth, as have storms, earthquakes, volcanic eruptions, droughts, floods, forest fires etc. They are part of the earthly environment that occur, develop, and decay, and they do indeed cause a lot of pain and suffering for many while they are present, and in their aftermath. With your modern transport systems epidemics can spread far more rapidly than they used to do, and they also come to an end far more quickly, as the present one is doing. And because far more people in these times have clean water, good personal hygiene, and sanitation, epidemics are far less harmful than was the case in earlier times.

Due to the large numbers of people now incarnate on your beautiful planet, and because of the global economic system that is based on short term financial benefit for a very small number of people, and which has, until very recently, largely ignored the consequences of this unsustainable way of using the planet’s abundant resources, it is now essential that major changes in the way you nourish and nurture yourselves are put into effect. Changes that will allow the planet to heal the vast areas that have been so thoughtlessly and unnecessarily abused and desecrated starting at the dawn of the industrial revolution. You can and you will make the necessary alterations to the way you engage with the planet so that she can continue to support you and all the other life forms that are a part of her very diverse eco-systems, because, collectively – though perhaps not totally consciously – humanity has made the decision to do so.

As a direct result of this collective decision, humanity is now, and very rapidly, becoming increasingly aware that the imprudent way in which you have been availing of your planet’s abundant resources has to end. Photographs of the devastation that has occurred in remote areas of the world are now widely published on many media platforms so that no one can now be unaware of what has been happening. As a result the collective intent to make the necessary life style changes to repair and lovingly care for the environment on which your human existence is utterly dependent has been set in motion. Situations across the world may appear to continue to deteriorate for a short while before a massive turn around in attitudes and behaviors starts to show many positive results.

Very few of you reading this message – or others of a similar nature – are directly involved in setting up and establishing the means to put these essential changes into effect, but that does not mean that you are not part of this process. Many activists are involved, and their involvement is what is going to bring it about in practical terms. Those on a quieter path, who are deeply spiritual, by intending to be only loving whatever arises, and by intending to be channels or conduits through which Love can flow to where it is most needed, are making just as powerful a contribution to this process. Truly, all of humanity, every single person, is contributing enormously and very effectively to this most wonderful human awakening process. Everyone presently incarnate has their own individual part to play and is playing it perfectly, even if they are totally unaware that they are doing so, and even if it appears to others that some of them are causing the problems and are, therefore, far removed from the solution.

The overall plan is far more complex than you can possibly imagine. And those who appear to be obstructing the changes – for example, leaders of industrial and financial corporations and the politicians beholden to them – are also very important operatives in the divine plan. Major change nearly always requires a large shift in perspective if people are to recognize the need for change, and so some of the present turmoil is leading to the major shifts in perspective that are necessary to show people that they have to demand that those in positions of authority either start to put the changes into effect, or resign to allow wiser ones to replace them and make the decisions that have to be made.

Again, it comes back to taking time out daily to set loving intentions and then put them into practice. Doing just that is amazingly powerful and effective. Therefore, believe in yourselves, believe in the power of your intentions, reset those intentions whenever you think of them, and bring humanity lovingly and joyfully to its long-dreamt moment of awakening. That is what you chose to do and what you are incarnate to do, and you are doing it, most successfully. When you look back over the last few decades of your present human lives you cannot be unaware of the major changes that have occurred and which have removed many barriers to peoples’ freedom. It may well seem now that ‘the authorities’ are attempting to roll back those rights and freedoms. It will not happen, because the power you are using and demonstrating by your loving attitudes and behaviors is invincible. Love always wins, never by conflict, but by gently awakening people to the realization that there is only Love. 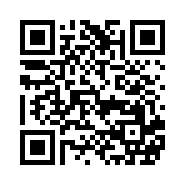