Have you considered inviting your SELF to the party? What do you suppose it would be like if he or she were living this lifetime as you? What if, instead of having you be here as a sort of memory challenged scout ship, your higher SELF was looking out through your eyes and creating all that you were seeing? What if you lost nothing in the process, and instead gained all of the things your soul truly has hungered for in every lifetime?

Do you really understand that there is an immense portion of your being that is not here, that is not separated from you in reality, that is enriched by all of the experiences you encounter?

These questions might seem fanciful at the moment. But we want you to understand that if you are climbing the path you call ascension, they will not appear so fanciful in your near future. You might say that this is not your reality. But we tell you that you your reality is not reality. And when your experience is the knowing of reality in its infinite truth, it will be far different than you can conceive of at this moment and from your current perspective.

When we tell you of the changes, many of you say that it cannot happen soon enough. And, invariably, you are thinking of changes to your environment. But we have gone to great pains on many occasions to explain that the environment you see will not truly change unless and until you, the collective, do. It is created in accord with your state of consciousness. That has always been true, and it always will be.

Now, you cannot change everyone. True? Who can you change? And then the million dollar question, how can you change? We will tell you a secret. It is not a secret that we have kept, but it has been kept from you nevertheless.

The causative step, the step that has changed everything, has been made. You, humanity, have decided that your world will change. That change was immediate and unavoidable. It only remains for you in body to reach a tipping point in your consciousness that will result in the biggest change your world has ever witnessed.

Well, you can make that invitation that we spoke of above. Because what we spoke of is the very definition of ascension. Make that invitation, even if only by saying yes with intention and sincerity. Allow your ascension and do your level best not to impede it. There is a great deal to be done. But all you need do is to allow it to happen. And you might want to welcome change when it happens instead of decrying it when you really cannot even begin to see its final result. After all, when you are making an omelet, you do not say, “Oh, the damn eggs broke!” 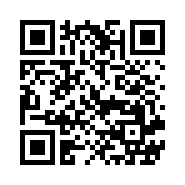