You have been told many times, in many languages, that the world around you is a mirror. And most often, it has been taken by you as meaning your individual selves. And most often that has been because you have been on a quest to make yourself better, thinking you were not good enough in some way.

But the world around you is not just something that you, as an individual, have constructed, is it? Or is it? Let us say that a world that each and every living individual has not contributed, consciously or unconsciously, to its content and form does not exist. Some things you have called into being, others you have allowed. But everything in your world you have agreed to in some way. You are, as has been said, co-creators. You manifest. You cannot not manifest. And as each does this, a world comes into form.

So, as we have asked previously, what in the world is going on? What is all this madness?

You are aware, most of you, that none of this is new. It is the exposing to your sight of things that have been hidden, glossed over, ignored, lied about, kept secret. The days of that are, quite frankly, over. And all of the muck in the pipeline is being flushed out into the open to be seen. And it is not a pretty sight.

What has happened is that mankind has agreed, on levels that most of you, in your intellects, do not know you have, that this game has gone on long enough and you will end it. You are waking up. As individuals, yes, but as a collective, also. And you are learning, and will remember, how very powerful you truly are. We will return to this subject in a moment.

Now one thing that must be done is that you need to realize what you are. You will not cease creating these things, allowing them if you prefer, if you do not take conscious control over what is being created. When you do that you allow the consciousness of others to create for you. There is a monster riding in the back seat. And he will continue to enjoy the ride until you know that he is there and decide not to allow it anymore. Further, he is not ‘their’ monster in ‘their’ back seat. He is yours.

Why do we say that? Because ‘their’ monster will have no reason to leave, no matter what you do. Only your monster will obey you. Perhaps it would be more palatable and even appropriate to call him ‘our’ monster. We are not talking about blame here. We are talking about realizing truth in order to have an effect upon it.

So we are saying that all of the terrible, frightening, ghastly, even immoral things that you see swimming to the surface of your world now are doing so in service to your decision to end this horrid game that has been played against you for millennia. Yes, we said against you.

Let us describe the game court to you. On one side there are many millions of contestants, even billions. On the other side are a comparative few. But the few know a secret. The secret is that they know how to use the power of the many against them. They know of the awesome power of their opponents, but they have become expert, both in hiding that knowledge, and in making use of it. They don’t care how they win, only that they win. They abide by no rules. The only good they recognize is their own benefit.

Now, enough of that. Remember we said we would return to the subject of your power? Here is where we do that. It took a long time to describe the game. It will take much less to describe to you how you win it.

First remember that you are not just one person, you are a collective of billions. Next, remember that the power being used is yours. You are the power here. See what the world has become, and own it. “Look at what we have become.” And then, as you the individuals, in your billions, make a decision. “I will not be that anymore.” Decide what you want to become and give all your focus and attention to becoming that.

That is what is really meant by the instruction ‘take back your power. If you want to march, organize, etc., that is alright. But raising your own consciousness is all that is really necessary. You are truly not alone, and that will become very obvious in the coming days.

You may have noticed a change in the tenor and frequency of the messages you are reading. Take that as a sign of where you are in your progress. Understand now, however, that we are not saying progress as in going somewhere outside of you, but inside of you.

You have great support in this. Just allow it to happen in the best way for all. One more thing for you to remember, your freedom is not just assured. It is, as you would say, a done deal. Because you will not continue to assume the disguise of something you are not. 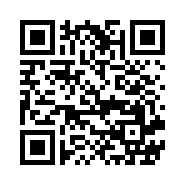