Changes of great magnitude are occurring all across the world as the human collective moves at an ever accelerating pace towards awakening. There is hardly anyone on Earth at present who is unaware that something of enormous significance is happening. The mainstream media is reporting, as usual, on chaos, confusion, and catastrophe in various areas of the world, or more locally on dramatic neighborhood events that encourage fear, but these are not the changes to which I am referring. All over the world people are being nudged and prodded by their spiritual guides to remind them of the intentions they set before incarnating to take up human form in their present lifetimes. The state of spiritual amnesia that occurs when a soul chooses to take human form causes intense confusion because, while realizing that life as a human must have a purpose, for most people that sense of purpose appears to benon-existent, missing, or cannot be accessed because it is so deeply hidden within them.

Until very recently the majority of humans, mainly due to this state of amnesia, believed that their survival as humans and their ability to obtain pleasure through their human senses was the sole purpose of life. However, in the last few decades, more and more people have been seeking a deeper meaning to life, a loving and compassionate meaning, and there is abundant evidence for this change in attitudes all across the planet where groups have been forming to raise awareness about issues that concern them – for instance, ongoing industrial processes causing immense damage to the environment, health concerns, the poverty in which so many are forced to live, and the elimination of so many animal and insect species due to insensitive application of commercial fertilizers and pesticides. This is a very positive indication of the acceleration of humanity’s awakening process. Your awakening is happening right now!

Yes, there is chaos and confusion on an unprecedented scale, but this is because people are changing as they evolve spiritually; they are growing in their awareness that everyone without exception has an intrinsic right to the necessities of life, and all over the world they are demanding that these necessities be provided by the governments that are supposed to be representing them. The old ways of governing a subservient population are no longer acceptable and are being dismantled. The new ways that will replace them have not yet been fully developed, but much intelligent and wise discussion is producing some very effective ideas that will be most fruitful in resolving these basic social problems that have been ignored or dismissed by governments for a very long time.

As the saying goes: “Change is in the air!” And this is wonderful news. This is the news that so many have been waiting for, it is ongoing and unstoppable: humanity is awakening, NOW! Trust your intuition to guide you with integrity safely and honestly forward. You need to move forward, you want to move forward, and it is your human destiny to move forward. It is what you incarnated to do. The time for egoic power struggles is coming to an end, and even those with the most egotistical intentions are being nudged toward awakening, and are beginning to come to an awareness that the manner in which they have been living, while striving to control and manipulate others, is not only no longer acceptable, but that it is a way of life that they no longer wish to engage in. Many who have held political positions and ambitions for many years are stepping down, and this is being reported in the mainstream news media. Much more of an extremely uplifting nature is also occurring, as humanity’s spiritual evolutionary intent strengthens and intensifies.

Wherever you are living and whatever you are doing, you are on your spiritual path, every human is on their spiritual path, even though it may seem to you that you yourself, or others, are just stumbling blindly along; this is not the case. It only seems like that because so much is arising for you that needs to be acknowledged and released, stuff that has lain dormant, buried, hidden, denied, or ignored for many lifetimes, and which, as it comes into your awareness, shocks and horrifies you. Thoughts are occurring to you that you imagined were only present in the minds of those who were utterly insane. How could they be arising in your minds when you believe that your purpose and intent is to be only loving, you ask yourselves in horror? Well, you are all part of the human collective, and so the thoughts that one encourages or engages with affects everyone else. That is why the awakening process is so necessary and so intense.

There is only One Consciousness, Awareness, Mother/Father/God, Source, and It is You, and within It all thoughts arise. Therefore all can and do access them, very frequently quite unintentionally, and the results in your individual thought patterns can be very shocking and alarming. Just let them go! Do not engage with them or try to correct them because there is no need to, they are unreal and will just dissolve or disintegrate when you release them by refusing to focus on them with intent to change or eradicate them.

Your task in the awakening process remains the same, namely, set and hold the intent to be only loving whatever arises. Do not engage in conflict because doing so only strengthens and intensifies it. If you do not engage with it, it remains contained within the originators, waiting for them, when they are ready, to release it. Conflict has never been used successfully to resolve conflict, it just replicates itself, leading to further conflict. Therefore be only peaceful and loving, and do not attempt to show others how right you are or how wrong they are. No-one is wholly right or wrong, ever. People are just misguided, and they can only move out from that condition when they themselves are ready, and when they are, you canlovingly and peacefully support them.

You incarnated to offer and provide that loving and peaceful support, and as you do so you are never alone, because you have us, a wonderful support team in the spiritual realms, that is constantly available and on call to assist you in every moment. When you feel overloaded, overwhelmed, fearful, anxious, or doubt-filled, call on us and we will respond instantly because that is our task in the awakening process. We want to help you, we love to help you, and you can help us to help you by allowing yourselves to listen to us, your intuitive inner guidance, your higher Self, instead of listening to and acting on the fearful panic responses of your egos.

Going daily within, to your holy inner sanctuaries, is essential for your well-being so that you have the strength and motivation to live as you planned before incarnating, by being loving, accepting, and peaceful in every situation. You do that by being true to your true and divine nature.

You, every sentient being without any exception, are beings of pure Love, but, as humans, your access to that state absolutely requires that you take time out daily to be alone and at One with your divinity, strengthening and intensifying the flow of Love into your human hearts by opening to It and inviting It in. Unless you invite It in It cannot enter because you are sovereign beings, and Love always honors your individual sovereignty, It will never impose Itself upon you. When you set the daily intent to allow It entrance to your hearts you will feel Its Presence, and this will give you the strength and motivation to do what you incarnated to do: Support the awakening process by Demonstrating Love In Action. 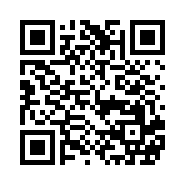