This process is for all to experience. It is an ascension process. It is not an overnight awakening. For some it can be but for most it will be a process. And you are right in the midst of that process now because of the energies that are coming into the planet and are being accentuated by the galactic events, the celestial events that are happening in order to bring this all about.

You must all understand that this was not just a happenstance eclipse. This was a moment, a moment that has been heralded for a very long time. For ages now. A moment that is a catalyst to bring about these wonderful and amazing changes that are upon you now. And as some sources are beginning to say, there is yet one event, one smaller event that will lead into many more events, many more happenings, many more changes before the full “changeover” can occur.

But it is this one celestial event that has occurred that is a catalyst now to bring about these smaller changes, these smaller events which will lead to The Event. You will begin to know this as it occurs.

Those of the dark forces that have been so involved in keeping you down, keeping mankind down for their various purposes, they are nearly at an end. Can say they are running for their very lives.

But understand that their lives are not to be forfeited as you would think they would be. They will be brought up, if they are allowing it to be, brought back into the light. All of your prayers, all of your love, in directed toward these ones will bring this about. Let them realize that even they want to be free. They want to be free of the shackles that have been holding them down. Even though they have been in control, they have had the life you might say, they are tired and weary almost as much as you are because they have carried this mantle, this mantle of darkness for a long time.

Many now are ready to release this. It only takes this one more catalyzing event to bring this about. It will bring out of the shadows back into the light all of those truths that have been covered up for some time now. They are about to be revealed.

What you know of as the Republic will be brought about once again. Not the new Republic but the old Republic. What was meant to be will now become a reality.

It is time now for all of you, all of you that conspire, that work to bring the light to your neighbors, to your brothers, to your sisters, it is time now for you to reach out more and more. Become as Archangel Michael has said the warriors, not so much the workers anymore. For as warriors you take action. As warriors you spread the light. That is what you each and every one came here to do, was to share and spread the light. Share and spread the knowing of the One Consciousness that we all are.

So continue now my brothers, my sisters, to believe in yourselves, to trust in yourselves; to trust that all is coming together as it needs to. All is being orchestrated as you hear many times but that you are that orchestration. And together all of us will bring about this New Golden Age on mankind.

I AM St. Germain. May the peace and love be with all of you and the Violet Light shine deeply within you as you continue to spread it wherever you can. 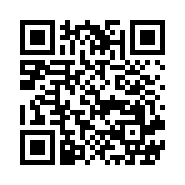