Greetings dear one it is I St Germain that comes to you at this timing as you create your time here to BE at a time when there is more focus on TIME than at any other TIME is existence. (Laughter)

He noted that the Ascended Master realm acknowledges how tired we, the light-masters are…tired of the struggles, the ins the outs of 3D vibration…the vibrations of ascension are within us as the blessings come it is still a 3D experience…we step in we step out (of 3D to 5D) I said, like a YO-YO! He replied, “No pun intended” as an unspoken nod to Yousef, a prolific writer during these times that he is aware many of us read his daily blog.

SG said the vision being created is in 5D then realized in 3D realm. He likened it to getting dressed to go out, selecting the clothes, the shoes, hair makeup that would “best” represent us in certain circumstances of 3D experience…while the self beneath is not lost …maintain who you are inside. We are creating visions of wellness and healing in a 3D way from 5D place- the core group may shift as monies go to humanity. Here he is stating his “chat”, as he called it, on topics of the RV/GCR/NESARA/GESARA. He said, these events are going to change and expand those people – that we have never seen such giving before. So next time they, meaning the collective populations, see someone on the street in need and give them money to help them eat (not out of trash cans) …the idea “to give” shifts one being at a time until it impacts all on the planet, people, animals, air, water etc.

He said many want to give to others but they say, “ I cant”. They think to themselves, oh how I wish to help but I have to purchase milk, fruit and vegetables for my own family.

Feel the expansion…they are going to be paid well so they will soon be able to help buy dinner, lunch for someone…that’s expansion.

SG: When the disclosures come it will be chaotic- not an easy task as people realize their belief systems are all gone! He recalled a time in a previous now moment many years ago when he shared this with a group…that humanity will all be on their knees. Then there will one standing who will reach out to those on their knees and say gently, “take my hand, I will help you up”. This time is at hand.

SG: Regarding the RV/GCR/NESARA/GESARA…”It took a long time for many cornucopia of reasons as to why it has taken so long, he sighs!” Every detail has been looked at and expanded. I will be in the physical to help calm the masses. He said I would know him immediately. These are very exciting times- the pieces of the puzzle coming together-all pieces of the puzzle are very near completion. This Mercury retrograde cycle will shift the vibrational frequency of Mercury in retrograde. I can because I AM!

SG: What first began for NESARA took on a volume of its own when it was originally for one country (USA) and then it was decided in many of the councils to create it worldwide now GESARA or Global vs. National.

Why just one country when the whole world is in dire need of prosperity. That took time as many countries have their own laws, their own ways of doing things. Now more is in union. All talks (between countries) are done. He went on to talk about the meeting or visit with Trump and the Queen and all those soldiers in red as stating that it was all pomp and circumstance. It has been decreed already behind closed doors. He said that it is not she anyway (the Queen). It most certainly is not her. It is quite a thing to literally turn over a crown. It is more important for the UK to be flourishing-there is a lot of poverty there. All of that will be returned to humanity that was kept behind the crown. Everywhere children are starving…its over it’s DONE. We are stepping into the Golden Age now.

SG: To all: The calmer you are and in your I IS essence release all thought of “waiting” and then it will manifest quickly (RV/GCR/GESARA). I understand the amounts of time people have waited. So much had to occur on the ground, an allegiance. We’ve already won. (Meaning the light). Then there will be a moment when the mainstream media will have to report the truth-not able to hold it any longer. The head of the snake has been chopped off…the cabal minions are scurrying around, no direction looking for a place to hide…daily its who got suicide, who stepped down etc.…it becomes beyond words. He said…when the Clintons go down as who they answer to is no longer, the Rothschild’s, Rockefellers are down, down, down. The cabal is down and all that’s left are the little mouses that do their dirty work. The don’t know what to do any more- they have no orders anymore.

SG: It is a grand pity that humanity doesn’t know they are free. He used the analogy of slaves during the civil war when the gates were opened, shackles removed, and they were told they are now free. He said many stayed behind because it was all they had ever known. Others were ostracized or hung. Humanity didn’t start to go free again until well into the 50’s-60’s. He said men and women of color are still being ostracized and it goes on in this now.

SG: to all: Just stay calm and light yourself up from within so you can get through these final times. Focus on the joy of your humanitarian projects (for those with currency) that you wish to manifest-put your focus on that. To me, he noted my retreats and wellness centers, that he knows I wish to create and said there will be so many others I have not thought of yet. (This I felt applies to many of us)

When swayed or overwhelmed by the dark cabal…know there is more light than dark getting flooded here on GAIA. Find your center…Ahhh, my projects…how am I going to manifest them, who will be there? That takes us to a place of joy! There is so much energy of fear at the end here…he said to read less and go with in more. Everyone has an opinion of what is to occur (RV) it hasn’t been decided which way yet. (Reference to the multiple Intel strategies surfacing)

SG: to me: You are already being and sharing your ability to assist another…it makes you feel good. And this has always been within you from the first time we spoke in this timing. You will create places to heal and be free! It’s all about help, that joyous feeling with in to help another. You appreciate being able to do something for another. I shared a story of a friend that had hand surgery and couldn’t do her own laundry. I am helping her with this mundane but important task. He said it matters not how we assist…look how I can assist in this simple way…now magnify that by millions/billions. That is how you heal Earth/humanity.

SG: There are ways to create anonymity post RV. We discussed a hybrid alternative to fully anonymity or full disclosure with no “lie present” utilizing the unlimited self.

SG: post RV- people will hand pick those that resonate to be their core team. All is timing-divine timing. Utilize this time to choose to see whom what etc. post RV. We discussed that the extra time has brought forth more time for experiencing discernment.

SG: We will completely eradicate homelessness. It is rampant in your state at this time form the tip of the state at the top to the bottom (California) “Take it one state at a time in the new Republic”. When re referenced the new Republic I asked him if the timing for this was this year 2018 and he said yes, definitely. He said be the master in 3D expression- all are connected – facilitate one and it equals all. He went on to state, “ Did you know there are veterans and college graduates from Harvard and Yale in the street? He said they are the bridges…many bridges are being created in this now.

SG: RV is also this year 2018, sooner than later he stated without giving a specific date. So much is occurring here at the flip of a dime. He mentioned still some European countries trying to negotiate but he said they know its over. Med beds as well this year 2018.He suggested to be discreet for early participants in this technology until it is mass or widely accepted. He noted many Western medical Dr’s would be without work through these changes. All can be retrained in other modalities. All are needed.

SG: New languages will be here; light language and others as there are no words that adequately describe the sacredness of this time.

SG: We discussed teachers and students of the sacred mysteries…one who teaches others must always also be the student- willing to reverse roles. Humility.

SG: Re aging he referenced the Old Testament and how people lived along time 800-900 years. He talked about the time of 13,000 years as being double that actually to 26,000. He said many of us now would have that opportunity to walk this path ahead and manifest beauty and assist humanity in myriad ways by enlivening an entire consciousness all IAM…bringing in the med beds, beautiful, sacred, fun…many can be here as long as we choose. (Cycle of reincarnation is over and done with- we can turn back time- energy of youth to help here as long as we wish)

SG: to those in RV…do as promised for humanity with the blessing you are being given. Love all, serve all. He shared a possible timing of within the next 30 days for all to receive their blessings. This massive transition is very close at hand- sooner than later- his words. Focus on after the event; focus on your projects, stay calm, centered and in joy. 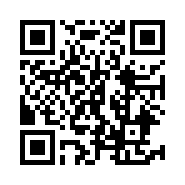