You are aware that you are approaching the point in your solar cycle that you term a solstice. Those of you on one half of your planet will call it the solstice of winter, the rest will call it that of summer. All that signifies is the result of the axial tilt of your sphere in relation to your star. It is good to picture this cycle in a way that includes both.

We want to call your attention to the existence of other cycles, cycles that were tracked and recorded by many earthly civilizations in periods far earlier than your own. Knowing this should indicate to you that your understanding that you are the highest in a chain of evolution that has proceeded in only one direction through the entire time of its existence is somewhat faulty. But in the box of your approved scientific discussion, one of the boxes we spoke of last, such questions are definitely not encouraged.

These cycles are like circles within circles. And in some of them it takes several to equal one of the lengthier ones. You may well question why earlier societies went to such lengths to track and record these.

More importantly for you, we will tell you that right now you are approaching a point that will be the common ending and restarting of several of these cycles, cycles that are solar, galactic, and far larger still. There are implications in this.

Some would look at this and call your time ‘the end times’. We would agree and say ‘and also the beginning times’. It is the time when your can look around you and see clearly that this does not work, that didn’t work, what were we thinking?

And that has been getting clearer and clearer for a few decades, has it not? But it is also the time when many alternatives are beginning to surface. As some begin to detach and find their own solutions to their own problems, a new world is being formed.

Now, you each have a choice of either allowing yourself to be consumed by the constant din of negativity and apparent chaos or searching for alternate ways of living that will remove you from the fray. I think you must know which we would recommend. Even the simplest of your alternate solutions will grow together to form your new societies. That is how forests grow. That is how communities grow. Ask yourself, “What do I do that could be helpful to someone?” Now is the time to become immersed in what you love, even though you cannot see the future, you can begin to build it. 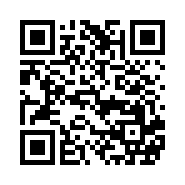