You have never failed!

“Know that you will never have to pay for anything you ever thought or did, in this life or any other, as long as you forgive yourself. Forgiving yourself is the divine action that removes from your soul the guilt and self-judgment that limit the expression of God that you are. Once you have forgiven yourself, know that the reason for this and all life to come is simply the experience of being a part of the now, the future of all that is.

Know that you are eternal, that you have never failed, and that the only thing you have ever done wrong was to believe that you have done something wrong. (Ramtha, The White Book, p. 142)

JJK: This turns the whole idea of karma and karmic compensation upside down!

ATMAR: It sets them right from a higher plane. We will go into this in more detail in the following conversation.

JJK: What about people who have brought incredible suffering to their fellow human beings – Genghis Khan, Stalin or Hitler? Forget and forgive everything?

ATMAR: Karma is a concept – like religions are a concept. Belief in karma makes karma – as it is understood – real.

That means that every person experiences – even after death – what corresponds to his belief patterns. A Christian finds a Christian heaven, a Buddhist a Buddhist heaven or a Muslim a Muslim heaven.

Concepts of faith that are deeply rooted continue on the ethereal level.

Your thoughts create the matrix until a person begins to question it. This can happen on earth or after death in the ethereal world. At any time new knowledge is possible and new things can be experienced. No one remains eternally trapped in his own cage of thoughts.

For those who have brought great injustice and pain to humanity, it is usually a long and painful process to reach the point where forgiveness is sought or where that being can forgive himself. To reach this point, these beings are often confronted with great injustice themselves. It is the repetition of pain that brings people closer to awakening.

Forgiving oneself is initially impossible for a person who has recognised his responsibility and who becomes aware of the consequences of negative actions.

JJK: So karma remains until the person has forgiven himself, until he can love himself again?

What role does the fact play in this, whether a person is forgiven by those who have suffered suffering? Because many people like to seek revenge. The “eye for an eye” and “tooth for a tooth” mentality is widespread?

ATMAR: For the one who has found his way back to self-love, it is completely unimportant whether the other person who has suffered suffering is willing to forgive. Forgiveness does not depend on second or third parties!

Whoever asks for forgiveness and forgives himself is forgiven. No one can charge another with “guilt”.

Universal key of forgiveness and self-love

JJK: Now one might be inclined to say that everything is allowed.

ATMAR: To become boundless does not mean to be ruthless, it means to re-evaluate certain concepts and to check them for legitimacy in your life.

The concept of guilt and karma prevents many people from having truly free experiences.

You worry about what you will have to do in the next life – and so you avoid certain paths and you avoid every risk.

The adventure of life is about accumulating knowledge and experience until a certain saturation or boredom occurs – then it is called a journey into a new dimension. What is important is that you become free in your thoughts.

Religious concepts, no matter how conclusive they are or how long they have existed in this world, must be questioned and discarded.

JJK: When I think that every person hurts somebody very quickly and I then take into account the many lives we have already had, then it seems almost impossible to compensate for all this karma. I see it also in my transformation work – never an end! There must be a universal key here …

ATMAR: Self-love and forgiveness – if a person, no matter what he has done, finds his way back there, everything dissolves and everything is cancelled. “Guilt that has to be paid off only exists as long as someone adheres to that concept. Whoever opens up for new ways is also presented with new solutions. It is all a question of consciousness – everything!

JJK: I had an incredibly strong experience recently.

There was a theme that my wife and son had reflected to me over a long period of time. I could not or did not want to admit it. Then one day, all of a sudden, I was aware of everything. I faced my fears and when I began to tell my wife about it, they dissolved at the same moment.

It was a deep experience for me. The special thing about it was that I did not need any meditation, but that it was instantly released while I was talking to my wife about it.

The fears have not come back until today. When I transfer this experience to forgiveness, I feel the power that lies in a single realization.

Now my question: “How do people who are responsible for unimaginable misery reach this point of realization”, and my second question: “How can people forgive their torturers for the incredible suffering that was often done to them?

ATMAR: In both cases it is a matter of a new level of consciousness. This level is reached when a certain tiredness, satiation or boredom occurs.

A soul that has experienced all that this plane offers begins to orient itself differently.

This means that it asks existential questions and no longer gets lost in the game. Forgiveness is always at the end of the earthly journey. The deeper the desire for forgiveness, the closer the person is to the gate to the next higher dimension of being.

Through forgiveness you step out of the concept of karma.

Most people still want to stay in the game and therefore only a few are ready for absolute forgiveness. Neither they want to forgive themselves nor their fellow human beings – the earthly adventure, with all concepts of faith, continues.

JJK: But what is it all about when I myself see in my transformation work that I have to dissolve karmic entanglements from other lives?

ATMAR: It is the connections that have not yet been touched by the all healing energy of forgiveness. If you become aware of the depth of this power, then the whole karmic chain to the beginning of your ancestral line is instantly dissolved. The transformative power of forgiveness, the unconditional love of self, leads you directly to freedom.

JJK: Without this “universal key” we humans would probably remain trapped in the wheel of karma for a very, very long time …

ATMAR: Concepts are always first questioned and overcome in the mind. Likewise, true inner freedom is born in the mind.

Break the chains of reason…

A single groundbreaking thought can change the perception of your life in a single moment. So become radical in your thoughts. Explore the root that produces a perfect flower.

Break the chains of the mind and you are free! You are free from guilt and you have never done anything wrong.

Errors arise from ignorance. Will God blame you for your ignorance?

Understand, Master: You are standing now in life where you should stand so that you can experience the adventures you want to experience. It is your freedom and the limits you set for yourself.

Break the chains and become the ruler of your destiny. Because past and future are not predetermined, but are formed by yourself in every moment.

Love yourself and be happy! God only demands this of you. 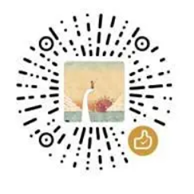