I am Aramda, and I greet you now on the wings of eagles that are surrounding this entire planet at this time. All of our ships, all of us, are preparing for the shift that is occurring at this time.

But know that each and every one of you, as a result of what has just been accomplished, not only those ones that made the expedition, (speaking of our Mexico expedition to recover ancient Lemurian records) but all of you that participated in the background, sending your light, sending your energy, sending your love, so that this journey would be a successful one. And how successful has this been! We can only begin to tell you, for it is beyond words at this point what has occurred here, what has been accomplished as a result of the perseverance of all of you, not just of this one we speak through, not of just the eight that went, not even all of you, but ALL of mankind persevering, continuing this journey—all of you that volunteered to come here.

All that left in the ships with myself, knowing that one day we would return, we would come back. We would rejoin our brothers and sisters, and together we would help to form a new Golden Age of Man. Indeed that is what is happening now. We have returned. Many of you that are on this call were those that left in the ships with myself. Many of you stayed and volunteered to stay on and move through the various travails, the hurdles that would come up in front of you. And move through them you did! You provided, or you created a path for all those to follow after you. And you still do that to this day, still providing the way, preparing the path. Those of us now that have returned, some of us have returned into the physical body. Some of you now on the call have returned.

But what has occurred this weekend that has just past is beyond explanation at this point. Not in your three-dimensional understanding could you begin to grasp the enormity of what had happened here. It is not about finding physical records, or even recovering the physical records. It is about releasing the energy—the Christ consciousness—to the world. And not even just to the world, not even to just this planet, but to all of the planets in the solar system. All of the galaxy itself is a part of this entire process. Just as in those times in Lemuria when you placed the records, you secreted them away, you called upon all of the forces of the planet, all of the forces of the solar system, and all of the forces of the galaxy to seal and protect these records, not only in this location, but in many locations did you do this. And now, at the nearing end of this journey, or at least this part of the journey, all of those that were called upon to seal the records are now being called upon to witness the releasing of those records once again, releasing of those records to the world, to the solar system, to the galaxy. For it is in the heritage of man that this journey continues, and will continue. But each and every one of you we celebrate! We stand in awe and in gratitude of all that you have accomplished through all of your lifetimes. Through all of the catastrophes, the calamities, the obstacles that were put in front of you, and each and every lifetime you overcame them and moved on to the next, and the next. Always knowing that you would one day come to the end of this part of the journey, that which you volunteered to come here for. You are now near the end of that. And just as has been said many times, once this part of the journey is over, the next part of your journey begins. You may very well find another planet, another galaxy, to do the same thing over and over again. Because that is what you do. That is what you are all about.

We left in the ships, you stayed behind, knowing always, though, that we had your backs at all times. We were always with you, even if you could not see us or sense us in any way.

And just as those that were in (we are taking this from The James, and we shared this with the group the other night), for it is a wonderful expression of how we feel toward all of you, all of you that are the way-showers, the preparers of the way. And that expression that we never want you to supplicate yourselves to us, kneel to us, bow to us, even when we do meet physically, you are not to do that. It is the other way around. For just as in the movie, your Lord of the Rings, Return of the King, near the very end of the movie (as we are taking this from The James’ memory), when they all stood before the new king and then bowed and knelt before him, including those two, the Hobbits, that literally saved the world, or Middle Earth. And the King walked up to the two of them and said, “my friends, you bow to no one—it is us that bow to you.” This is how we feel about what you have accomplished.

And the ramifications about what is to come yet from all that you have done, you have not even begun to see yet. You will witness some unbelievable changes to come because of what you have accomplished here. What has happened here is reverberating, not only here across the planet, but across the solar system, and across the entire galaxy. This is why so many millions of ships are here to witness this happening. What has occurred this weekend is a prelude to all that is yet to come. But it was a preparing for the crescendo that can come as a result of this. And it has certainly hastened the advent of The Event.

I am Aramda, and I leave you now in peace and love, and harmony, and oneness, and continue to share our gratitude toward you, just as each and every one of you need to continue to feel gratitude for who you are, and for what you are all about.

Peace and love be with you. 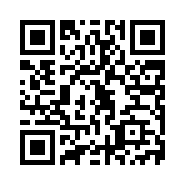