Even though you have shifted many times throughout this transition, never before have you done so in a new physicality as well as with new spiritual and emotional knowing. This shift was more difficult than most for many of you.

Such is merely a reminder that shifts occurring now are not the shifts with which you have become familiar. In the past, you perhaps felt a bit tired, angry or some other sensation you dealt with fairly easily.

The recent energies encouraged forward movement in all parts of your being. Forcing you to concentrate as you never have before. A bit like losing a limb and learning to pick up items or walk with a prosthesis. Cumbersome, uncomfortable, a learning curve – likely words and phrases that would rattle around your being if such were so. And so it is now as you combine all three aspects of your being – including new segments – into a forward movement on your unique path.

The past few days have been your first foray into your unique, individual movement. Even though you perhaps have friends or acquaintances encouraging your forward movement, you no longer have a buddy or buddies linking arms with you on your path.

Instead, realize how far and fast you have matured into new you. It was just months ago we encouraged you to clear your corners and open your being to new beliefs. Once you did so, you invited your new physicality into your being.

Some of you have noted new food likes and dislikes. Or your interest in being with some, but not others you once thought of as friends. Or that your home or job has lost its sparkle. All indications you are no longer who you were in 3D.

You are moving forward on your unique path with some trepidation. For you are not certain where you are going or if you will be comfortable with your new being. The answers are yes. You will discover why and where you are going – and feel blessed that your new physicality is specifically designed to take you there.

Perhaps you remember myths and fairy tales about someone becoming something or someone they did not expect such as Cinderella, Ulysses, or Sleeping Beauty. All indications that who you were was not adequate, if you will, for your new role.

Your recent internal shifts were dramatic, encouraging you to rest.

A shift that created havoc in the lives of those of you who needed to rest but did not do so. Head colds, sprained appendages, financial upheaval, leaving jobs, homes, or communities with little or no warning – all indicators that rest was necessary but not acknowledged.

Of course, you may feel as if the aforementioned paragraph is a punishment of sorts for not following our pleas for you to rest. We have told you over and over that you no longer have shoulds or orders to contend with. But do realize we knew how confused your inner-being was becoming even though we did not understand the full ramifications of that confusion. We only understood it was such a large shift that rest was likely needed.

So it is we are as surprised as you at the enormous energy bursts you just internalized without begging for mercy or capitulating to the 3D cries for help.

You are indeed strong and capable creators.

But before you could fully accept your new path, you needed to internalize your new physical energies. Which many of you did the past few days despite your discomfort and lack of rest. You did so in the most difficult way possible.

Now allow yourself to rest. For you have jumped through walls of fire recently trying to combine your inner growth spurt with your 3D life. Such no longer works as you discovered in ways you did not necessarily wish to discover.

Many of you now wonder if you made a mistake.

Not at all for you incorporated the new energies exactly as you planned before entering earth in this lifetime. It is just that you did so with more discomfort than was necessary.

If or when you need to take a few days of relaxation in the future, this memory will carry you forward. For you now know how uncomfortable trying to be everything for everyone including yourself is despite messages from yourself to rest.

Allow that to be. And then allow yourself to know that you are evolving rapidly – more rapidly than you or we thought possible.

Even though you are a superhuman creator and you have changed the Universes by your intent and actions, you are a physical being who must honor that physicality as you shift from dimension to dimension.

Know that the next few days will also likely require rest until you are comfortable with your new skills and physicality. Allow that to be. For no one but you will notice you are resting. So be it. Amen. 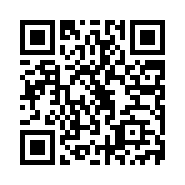