You have been told to expect a lot of things in your lives. And we have repeatedly told you that the important things were what is happening to your inner being and the rest would happen as a result of that. We told you that your outer world could not be anything but a reflection of the inner. The word ‘soon’ became something of a joke. “Oh no! Not ‘soon’ again!” And we said that the changes were happening ‘now’ but had not surfaced yet.

Well, the surfacing has begun. Now we will mention several instances here but we caution you that thinking that you have been left out should obviously be avoided. Each of these we mention happened almost overnight, and you are each on a different journey from anyone else. What will your tomorrow bring?

Some are suddenly finding that they are beginning to communicate with people who are not in body any longer. Some are speaking with the animals around them. Many are beginning to wonder what all of the lights around them are. Many more are saying, “Don’t tell me about sunspots and energies. I felt them before you knew about them.” Many are having to learn to deal with energies, feelings in public places, that they never noticed before. And more.

So your changes have now reached a degree that is causing the results to surface into your awareness. It is OK for you to be surprised, even excited at first. But be discreet and learn to feel at ease with whatever you find. Understand that, in terms of the greater being that we have told you that you are, these are not new at all. You are merely bringing to the front of your consciousness what you have earned well in prior times. Now it will begin to show you a bit more of an answer to your perennial question, “Why am I here?” And it should also serve to indicate to you that you indeed are all that we have often said you are. 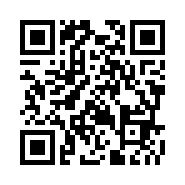