Are you aware that you live in a box? Many of you will not be surprised by this question. Many others of you will be. You are quick to point out that you are free. Well, you are free, but you have been conditioned not to act upon it.

The box we refer to has sides, a bottom, and a top that are made up of a great many components. It was constructed and handed to you on the day you were born. And you have explored it, agreed to it, and allowed it to be reinforced ever since.

The box that you were gifted with as a newborn was made up of all of the agreements your family and society lived by, and that you were taught, or that you absorbed like a sponge, as a young child. You learned what was proper to talk about. You learned proper behavior. You learned more by attitudes and examples around you than you did through actual instruction. It is more than likely that a great deal of this was and is helpful. What is not helpful is that it remains, to a large degree, unconscious.

Perhaps a few, or perhaps a great many years have passed since then. And we can guarantee that during that time your box has been modified and reinforced every moment of every year. And truly, your box has gotten quite a bit smaller.

We are asking that a picture of a box be included here in order that you may visualize what we say now more easily.

You think you are free to think whatever you choose. And you are. But the parameters of the thought, and of society’s conversation are carefully controlled. Decisions are made about what can be discussed and what must not be discussed. And what must not be discussed is said to be out of bounds, or ridiculous, or stupid, or a ‘conspiracy’. What may be discussed is given sides, like right and left, liberal and conservative, right and wrong. But they are all inside the box. Division is encouraged. Why? Because you are far less likely to look outside the box. And if you are separated, you are easier to control.

You have learned what to wear, where to go, what to think, what to believe, what to eat, and on, and on. You have learned who your enemy is. More, you have learned that you have enemies. Think about the possibility that, if there were no media to inform you, you might just like all the other humans on your world. You might not feel threatened by people ten thousand miles away who lived in huts and had almost nothing you would value.

Do you realize how many of the things that you want are things that you do not need at all? You have been carefully conditioned to want them. Almost all of the younger generations intuitively know when they are being ‘marketed’ to. They seem very cynical about such things. But they also have very strong ‘wants’.

At this point, we would wish to make what will seem for a moment as a detour in this discussion.

Your mind is not contained in your brain. Most know this now. Your mind can be best described as a field. You are part of larger fields. There is your family’s field. There is a field of your town, your state or province, your country, and your world.

Now, if you choose to step outside of the box of your own mind, it will be hard enough. Stepping outside of your family’s norms is a bit harder, is it not? Beyond that, there exist ever more severe restrictions. There are laws, taboos, penalties, and ostracism. And if you look around your world now, you will see much attempted reinforcing of the walls of the box. Why? Because the old control mechanisms are losing much of their old effectiveness. Too many have seen outside the box.

It has now reached a point that did not seem possible just a few years ago. The box is about to be shown for what it is. And you are going to need to rebuild your own personal boxes according to your own integrity and your knowing of your own worth. You are going to make choices that you have never had to make before. Your box will be one of your own conscious making. Have a box you are proud of. And be proud of your neighbor for building her own. And help those who don’t understand… when they ask for it.

Blessings for the light that you are. Good day. 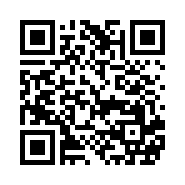