As channeled by Suzanne Lie PhD

“Within the deep love of your joint energy, I wish to give you each the memory of a Parallel Reality,” the Arcturian said telepathically.

Then the Arcturian softly touched me on my Third Eye. Instantly, I was swept away into the Parallel Reality in which I had chosen to leave Mytria in her Nature Retreat and returned to my duties as a Protector for our Pleiadian Colony. Therefore, in that reality Mytria and I only had a close encounter.

I made the choice to leave Mytria because I could not allow myself to follow my instincts and fall in love with her. Instead, I answered the call of what I had known as duty. By the time I actually met Mytria I had completely forgotten my encounter with her in the Womb of the Mother. In fact, I had forgotten all love and beauty in search of dedication and ambition. With that thought I jumped into the future in which I was an Admiral.

This life was not on a timeline that was preparing for our Ascension. It was not that that planet did not ascend because of my choice, but because I had left the stream of reality that was flowing towards Ascension. This stream of Parallel Reality was created when I left love. Hence, it was not a reality that was streaming into Ascension. Hence, I continually fought battle after battle. The only thing that changed was my military rank.

I was the same person as when I was young. I just had more responsibility and greater problems. I felt like as if I was a tool rather than a person. I had had many women, but nothing ever lasted or satisfied me for very long. I was very powerful and successful, but completely alone and devoid of love.

The Arcturian touched my forehead again, and I opened my eyes. I looked at Mytria and saw that she was crying. She had been there with me and felt my life without her. I threw my arms around her and hugged her so tightly that we could barely breathe. Then, my great warrior self began to cry like a baby while Mytria held and comforted me. I finally regained my composure, blinked my eyes and felt reborn.

Without a word, the Arcturian touched Mytria on her Third eye, and she went into a deep trance.

When the Arcturian touched my Third Eye I flashed into the Parallel Reality in which I did not let Mytre leave me to follow his military duty. We had just arrived at the Village from our Nature Home, and I had just started labor. I knew that he should follow his Commander, but I begged and pleaded for him to be with me, at least until the baby was born.

Finally, after many tears, he took me into the Temple and stayed with me during the birth of our child. However, he was not totally with me. Even while the baby was being born, he seemed distracted and a bit annoyed. I knew he was not annoyed with me. I was just a frightened woman having my first child. No, he was annoyed with himself because he had allowed me to convince him to abandon his duty.

He kept this energy field for the entire time we were together, which was until Alycia began to walk. I could no longer keep him from his responsibility, and frankly, I was tired of his halfway attempt at being loving. I had held onto him and played every guilt trick I had to keep him with me. However, we never returned to our deep intimacy again. I had not respected his Soul, and he could no longer trust me.

He started to stay out late and see other women. Finally, when he had another opportunity to go into battle, he welcomed it. So did I. Meanwhile, our society was falling apart. The temporary energy shield that the Arcturians had given us was starting to collapse. The Arcturians had created this field to stave off the Draconians until we could transmute our reality into the fifth dimension.

Because I had made a selfish and frightened choice, I had moved into a Parallel Reality in which selfishness and fear ruled our world. I knew that we would all die, or worse. There was nothing I could do. I had chosen to be so weak that I could not get by on my own and was left alone with that weakness.

When the Arcturian again touched my forehead, I collapsed to the ground, too weak to even stand. Mytre lifted me up onto my feet, put his hands on my face and looked into my eyes as he said:

“That is NOT you. That was a reality in which you left your SELF. YOU did not choose that reality in this life. Instead, you have remained the incredibly strong and powerful person that you were when we first met. Since then, my beloved, you have grown from a courageous young woman into a High Priestess of the Sacred Fire. I am honored to be your Mate.”

I did not cry. Through Mytre I could feel who I truly had become. Through his eyes I could see the courage and dedication that I had never recognized within my self.

Do you both see how a Parallel Reality sprung up when you made the “either/or” decision of leaving or staying? In the Parallel Realities you just viewed, you made different decisions than in this life, which bi-located you into a slightly different timeline. People can also chose a timeline that moves them into a happier and more fulfilling Parallel Life.

A tree has many limbs. Some of these limbs are strong enough to survive any storm, yet some of the limbs will fall away from the trunk. Your Soul creates and chooses many Parallel Realities to give itself the greatest variety of experiences. Each Parallel Reality is created when you make a life-changing, either/or decision.

When you place your primary Point of Perception within a fifth dimensional expression of your Multidimensional SELF, you can view and/or experience all your Parallel and Alternate Realities within the NOW of the ONE. You enter into these realities, just as you entered into the Akashic Records. Do you have any questions for me?

Of course, the Arcturian knew that we would say no, but It was giving us a chance to transition from our former emotional states into the Flow of life on the Motherships. As the Arcturian expected, we both shook our head NO. Instantly, we were beamed into our Quarters. We went straight to bed and we fell into a deep sleep. 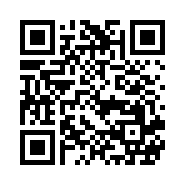