In many parts of the world humanity is presently in a state of turmoil as all the buried or denied issues that people have been avoiding dealing with for eons arise to be dealt with NOW! All know, deep within themselves, below their level of conscious awareness, that Love is their nature and that they have mostly hidden that divine Truth from themselves as they have played the game of separation from Source, and lived lives that are basically infantile – the me, me, me, syndrome.

Awareness has been growing slowly over the last few hundred years, basically since the Reformation in the 16th century, that inhuman behavior can never be justified, and in the late 19th century the Hague and the Geneva Conventions established basic rules for treating people humanely in wartime. Slavery had been made illegal a few years earlier. After that, over time, other inhuman behaviors were made unlawful. However, it has taken a long time – in human terms – for these rules and conventions to become effective, and in many parts of the world they are still being ignored.

Nevertheless, much progress has been made recently in the efforts to establish human rights for all as awareness of the unnecessary suffering occurring worldwide has grown. As education for all became the norm people were encouraged to work with and develop their innate intelligence so that they could think for themselves instead of relying on authorities whose agendas were mainly self-serving and corrupt. As a result of this general intellectual arousal compassion has also grown for those who live in unconscionable misery in many places.

This growth in compassion and concern for one another is part of humanity’s awakening process, and it has been accelerating rapidly during the last thirty or forty years. Major change starts at the lowest levels of society where the greatest suffering occurs and moves upwards. It never starts at the top, because those at the top tend to look after themselves very well. However, when pressure is put on them by the many, those powerful and influential ones realize that it is very much in their own best interests to become involved in improving the lot of the many who are far less fortunate than they are.

Compassion is becoming widespread and is helping to lead humanity away from conflict and toward non violent forms of communication and discussion in order to resolve issues that have until very recently inevitably led to conflict. The ineffectiveness of conflict in resolving disagreements is now recognized by most.

However, many of those in positions of power and authority believe that conflict makes them look strong and is good for their public image. They think that leaders show that they are true leaders by engaging in conflict instead of seeking harmonious agreement through meaningful discussion.

Now the majority realize that conflict resolution through meaningful discussion is the way forward for humanity, and, as it increasingly becomes the chosen method to deal with issues, it will become apparent that people generally have many more points of agreement than of disagreement . As this happens problems that arise will be seen as opportunities to come together in celebratory meetings for the harmonious exchange of creative ideas that will benefit all of humanity. In fact large numbers of people are already understanding this, and groups of loving creative ones are already making contact and coming together in harmonious discussion, much as musicians come together to perform

All are One, and therefore harmonious interchange is the natural, uplifting, inspiring, and rejuvenating way forward, because the individual energy fields of all involved meld and integrate. When you cooperate willingly and enthusiastically, sharing your ideas instead of trying to demolish those of others, amazing results emerge from your shared endeavors. Cooperation is Love in action beautifully demonstrated by the outcomes that arise when egoic needs to be right or to win do not interfere with or derail the ventures in which people engage. The point is to create something new from the pattern of ideas that arise, and, if people feel safe and unafraid, everyone then partakes in the joy that a successful outcome produces. No one feels left out or inadequate, because the very inadequacy of some ideas – instead of invalidating the ones who put them forward – have most definitely contributed to the successful end results, by demonstrating clearly what will not function as required. When you choose to cooperate for the benefit of all there are NO losers!

And that brings me back to the main and constant message that I keep on offering you and of which I keep on reminding, that there is only Love, and that Love changes everything! And if you will only look you will see that happening in many unexpected places. Focus on the positive events that are occurring, and not on the negative outpourings of the mainstream media. 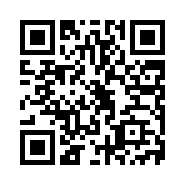