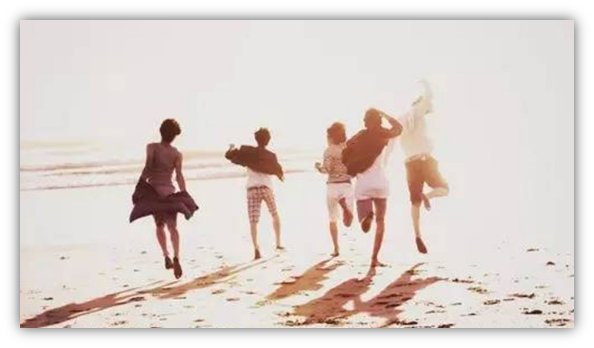 Today, as you prepare to enter into a new terrestrial year, I would like to remind you that there is only and can only be L O V E! Love is Reality, is Mother/Father/God, is The Source from which All That Is flows constantly out embracing and re-embracing Itself in every moment, creating infinite Joy for All.

Separation is an illusion, and time is a major aspect of the illusion, because there is only NOW. There is no last year, this year, or next year, there is NOW. All experiences occur NOW, even memories you revisit occur NOW. That is why memories can be so intense, because when you bring them to mind you re-experience them NOW! Painful memories need to be released and discarded because they spoil the now moment for you. However, they do not actually do any spoiling, it is just that when you bring them to mind you are departing from NOW! Now is always joy-filled, so joyful memories can intensify Now, whereas painful and sorrowful ones hide Now from your awareness, and replace it with dreams or nightmares that are totally lacking in Joy.

Joy is real and is available to you in every moment regardless of what may be happening in the now moment for you as humans. Joy sees the beauty in every moment and intensifies it, and in every moment there is always beauty. As humans you experience duality – good/bad, right/wrong, beauty/ugliness – and you thenchoose the aspect on which you wish to focus your attention. That is why earthly events and situations bring joy to some and misery to others.

For instance you might support a football team; when they win a match you are in joy, and the supporters of the other team are in misery; and when your team lose you are in misery and the supporters of the other team are in joy. But to allow yourselves to make yourselves miserable because the team you support does not win is a choice you make, no one else makes it for you. That is a simple example to demonstrate quite clearly that you do make the choice to be either joyful or miserable, because if you decide to support a different team then your perception of what makes you joyful or miserable alters. But, as you live your lives, most of the time the choices available to you do not seem to be nearly as clear and simple as that.

In Reality choices are unnecessary because Love, Joy, and Creativity flow smoothly and constantly in every moment further revealing the amazing wonder that is Reality. The choice to experience separation from Source was a little like a human teenager choosing to do something that was different from the life experiences that had so far occurred, a teenage expression of independence. It lasted but an instant, BUT, because God had given you Himself when He created you, you had the same infinite power, the same divine power to create something on your own that appeared to be quite different from Source.

BUT there is nothing apart from Source, and so you became lost in a dream state, an illusory state that to you, as humans, seems totally real. It is not! However you chose to believe that it was real and therefore that is how it appears to you, and how it will continue to appear to you until you change your mind!

To awaken is to change your collective mind, and, because you experience yourselves as separated from one another, you each have to change every one of your individual minds. That changing of minds is happening right now, and you can see evidence of it everywhere as Love replaces conflict and confusion in the minds of many people, so that they then change their attitudes and their behaviors. This leads to a collective change of perception, allowing more and more loving ideas and activities to manifest in the seemingly most unlikely of places on the planet. These ideas and activities are alive with hope, alive with enthusiasm, alive with excitement as it becomes very clear to those involved that life can and will be joyful.

There are very few now who are completely unaware that enormous changes are occurring planet-wide, and therefore many are seeking information as to what it is that is happening and why. And what they are discovering is that humanity is waking up, and they keep meeting and making new acquaintances who are also waking up. This is truly a most inspiring and uplifting time in which to be incarnate as a human on Planet Earth.

Your task, each of you reading this message, is to focus your attention on the positive and uplifting events that are taking place all over the planet as opposed to focusing narrowly and very intently, as many do, on the chaos, confusion, and conflict that is also occurring on the planet. These latter have been occurring for eons and are now in their final stages of dissolution as the Tsunami of Love washes ever more intensely across the planet and in doing so embraces all of humanity.

It does seem weird to have so much that is good and loving and so much that is causing conflict, resentment, and bitterness occurring seemingly simultaneously. This is the moment of change, and for change to be brought forth chaos and confusion must be present. In situations of chaos and confusion change will occur, because chaos and confusion inevitably lead to change. Mostly in the past things only appeared to get better – wars ending and peace being established – before the cycle started again with wars of greater intensity causing greater damage and suffering than before.

This not what is happening now. Humanity is awakening to the realization that conflict and the resultant wars are both insane and totally unnecessary. Wars arise from a powerful egotistical need to be right and make the other wrong, and the facts of the situation are never the issues over which wars are fought. Wars are fought over the issue of pride! The pride of the authority figure(s) who choose conflict in order to demonstrate how powerful they are. But conflict always leads to further conflict as the defeated ones recover and choose to reengage to heal their injured pride.

That kind of pride, which has been present for eons, has finally been recognized for what it is – a child-like refusal to admit that it has made a mistake by totally denying it, and blaming the resultant damage on someone else. With recognition, with awareness of this, the possibility for change arises and is wisely and enthusiastically embraced by all involved.

This global awareness or recognition is the direct result of so many choosing to be loving whatever arises, and it has now become so all-encompassing that it is empowering the peoples of the world to absolutely demand change from those who were elected to serve them, but who have misused their positions for personal gain. The tipping point has passed, doubts are dissolving, and humanity is awakening.

Prepare yourselves for the joy to come by continuing to hold your Light on high and treating absolutely everyone with love and respect. Doing just that is what brings into effect the changes for which you have all been hoping and praying.

With so very much love to you all at this dawning of the terrestrial year of 2020, Saul. 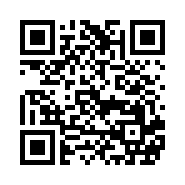