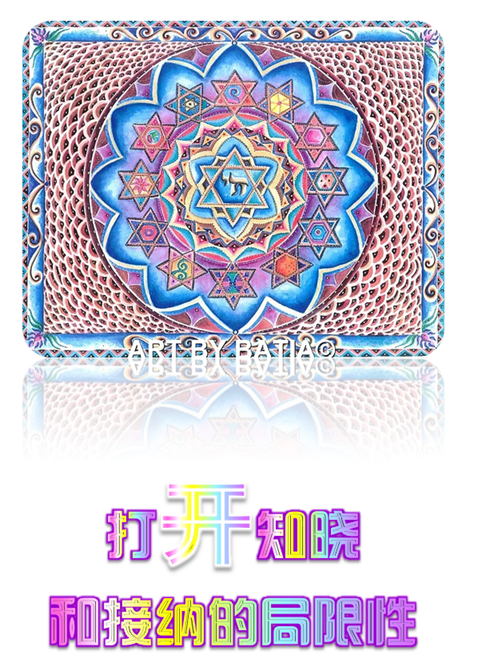 My dear wonderful human family, I am Papa Force Also known as Porda,

Humanity has reached a point of magnificent opportunity. In your world of earth you may not be unaware of all the dynamic changes that have occurred that will come to light in a huge way this coming year of 2018. The hardest part for most people has been the fact that they do not know what is taking place behind the scenes for their benefit. Many are still going through the same issues and challenges everyday and to them their lives has not changed for the better. I understand, and I know that what will make the difference for each of you is for “YOU” to see it for yourselves! That is what makes it real to you! You are so tired of hearing that “Change is gonna come” but never seem to get there. You are tired of hearing that so much has taken place in the back room on your behalf, and that the Cabal has been defeated, and the republic is coming, and so forth and yet, everyday you still experience the same things with not one piece of evidence that it has changed your life for the better.

This is very discouraging for many on earth. So let me share with you what I wish to discuss today as my topic: Opening the Limitations of Knowing and Acceptance!

Humanity has been stifled for a very long time and sent into a long deep slumber. However, humanity has begun an awakening at record speed and now you are ready to open the limitations of knowing and acceptance which are two very powerful abilities that you have at your disposal, but most had no idea that they were abilities at all.

You see, there were many methods used to stop humanity from using those abilities. We have through many belief systems no matter what name they are called by, been taught to be dependent on what is outside of our selves. Humanity was taught not to trust what they felt inside or what they know inherently within. They stopped accepting their Knowing Force of Self. This Knowing Force of Self was the meter in which we lived by that let us know when we were going astray or falling into anything that was not good and healthy for our well being and our growth and evolvement. It would direct us away from evil and darkness. This Knowing Force of Self is also what has been called The Self Accusing Spirit. What this means is that when we were going in the wrong direction the inner self, the inner spirit would let us know and we felt the charge, we felt the feelings within that told us and that was our spirit telling us that something was not right. We didn’t need anyone to accuse us or judge us of anything because our self accusing spirit told us. Self accusing simply means in spiritual terms self knowing, so I could also say self knowing spirit.

However, it also worked in the opposite as well. What I mean is that it would let you know when you were going in the right direction, a healthy direction for your growth and awareness. It would lead you to your truth. This is why humanity had to be tricked and forced into no longer following their knowing and no longer accepting it as valid. So many elaborate plans were initiated to make people afraid of trusting themselves and what they inherently knew. There were various religions and various belief systems put in place to dumb everyone into submission and to take away our power and our knowing. People were killed, murdered, jailed, tortured and burned alive and buried alive because they dare to trust what they knew inside themselves! And you wonder why people stopped doing it!

Now, I will have to speak and share with you, and not at you, in more than one article. I want to get to your power of Knowing and Acceptance but I need to lay some ground work that will connect all the codes to your full understanding.

Even still today as I scan the people of earth, many are still struggling with what they know. It’s become a habit ingrained in humanity and in their subconscious. When you look at the educational system it teaches you to become dependent on someone, some company, some job, some person, some anything as long as it is outside yourself. It does not teach you to be independent, but to be dependent. People pay many thousands of dollars a year to learn how to be a good dependent person on someone else. Even at many jobs there are rules in place that keep you inside a box and will not allow you to step outside the box. Many times your knowing tells you that something is off, not right, or should be done differently but you are afraid to speak up because when someone tried to be creative and trust what they felt inside instead of following the protocols, they paid by losing their jobs or worst.

All these things have affected humanities ability to trust self. When I return, I wish to speak about how powerful the ability of knowing truly is. I have to cut it short today because of matters that need my immediate attention.

Thank you for taking time to read my words and I am eager to return with more to share with my human family of earth!

I am Papa Force –Porda.

I wish to speak about how powerful the ability of knowing truly is. First of all what is knowing? One thing that is important to know is that many times people may feel that they do not have an ability unless it is intuition, clairaudience, clairvoyance, telepathy, etc. However, what is a fact is that there is one ability that is solid and that cannot be disputed and is one of the most strongest and powerful abilities to have and that is the ability of knowing. You see, Knowing is that something within you that cannot be denied or disputed as correct. Even beyond the other abilities I mentioned, this ability of knowing is far superior to them. You can see things with your clairvoyance and hear things with your clairaudience and tune into some things with your intuition and communicate with your telepathy. However, there are different levels of these skills and depending on the level you are using depends of the clarity, depth, and accuracy of what you receive. However, you can use those abilities along with the ability of Knowing and then you will be assured that you are getting the information correctly or not, or rather if it is complete or something missing. So when you tune into something, you can see it, hear it and pick up on it to whatever level or depth you re operating on.

Many times you do not get the full picture or the total understanding of what is taking place. You can miss your mark at times. However, with Knowing, it is far different. Knowing goes to the root, to the core of what something is. When you know something you know it no matter what anyone tells you, no matter what it appears like; you know. When you know, it is this energy that is far beyond any other ability. You ever experience a time when you just knew something to be a certain way and no one else believed it? Or things appear to point in a totally different direction? Yet something in you is telling you with all the power of your being that what you know is right beyond all odds against it. And then it turns out that you were right. None of the other abilities was able to hit it on the target like the knowing Force. The knowing force is never wrong, ever! The thing that is vital is not to deny you’re Knowing Force but to accept you’re “knowing”.

You ever use your intuition or any ability and yet feel that something is off? That is the knowing force of self letting you know that something is missing. Many times when you are using that Knowing Force, you may not be aware of it or may mistake it for something else. For instance, many times you may say: “well I read this article and I feel that something is off, that something isn’t right.” That is your “Knowing Force”, but it may offer itself to you most times as a feeling that you cannot shake. Sometimes you get these deep powerful feelings about something and I am not speaking about emotional feelings. The feelings of knowing are much different, much more solid and balanced and rooted in truth. It does not come from Reaction or imbalanced emotions. It is time now that you begin to open to “Your Knowing and give it full Acceptance”.

Humanity has been taught not to trust yourself, not to trust that feeling, that knowing that you cannot shake. It was taught that it is better to trust someone else instead of yourself. We as humans have doubted ourselves far too long and it is time to stop it! This ability of knowing must be cultivated and allowed free reign in your lives for it will guide you to your true destiny. It is imperative now more than ever that you trust that Knowing Force, That Self guiding spirit, because so much is coming out that you don’t know what to trust or who to trust but one thing is for sure, you can trust your own knowing force of self. It is one of the main abilities that is coming back online strongly. The new human that is already in motion, in its beginning stage of development, will have this ability as a normal part of their lives. The new human will become a Galactic Human Being for there have never been a galactic human being, just galactic beings and that do not usually happen until after one passes to the other side of the veil. However, the potential is here and in motion for you to become a galactic human beings while still in your human body on this side of the veil and totally shut down the veil! I will give more on this new human another time for I do not wish to get off subject.

Now here is a little something that you can do. Close your eyes and have a conversation with your knowing force of self. Talk to it and let it know that you want to and will fully accept its knowing to be a normal part of your life! Ask it what do you want from me, what do you want you to do? Listen intently for the answer in how it may show up in your life.

When you meditate or just day dream, ask your knowing force of self to guide you, to give you what you need to move onward to becoming the New Human! Tell it that you are ready to move out of limitation and into total freedom. Let this year of 2018 be the year that is your freedom year. Freedom from Poverty, freedom from ill health, freedom from lack, freedom from control and manipulation, freedom from having your abilities locked down. This is the year you become the master of all you survey!

With the Utmost Love and Integrity!

I am Papa Force (Porda) 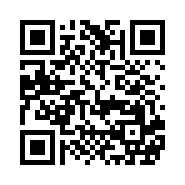