There is only The One, Source, Mother/Father/God, into which all are eternally enfolded.Many terms have been used over the eons in many different cultures in an attempt to describe and even define our Source, and these days either oceanor infinite field of consciousness seem to work for most people. But no matter what term or sequence of words are used they remain totally inadequate to describe or define what can never be put into words. Source has to be experienced! No other way of knowing It or being aware of It has any meaning. Nevertheless, each and every sentient being has within it –very deep within it –a memory or trace of its divine nature which can never be removed or destroyed, and which will lead the being to choose, in its own time, to awaken to its true Nature, One with Source.

Now, on Earth, this awakening is ongoing and unstoppable. It was set in motion, as divinely planned, when the collective decision was made by humanity a few short decades ago to awaken, and the process has been exponentially accelerating its rate of progress since then. Your awakening is very close. I cannot express it in time because, as you well know, there is only NOW! But I can tell you that that moment of now, for which you have all been hoping and praying, is approaching very rapidly.

All sentient life is working together harmoniously to bring it to fruition, so despite the seeming worldwide chaos, conflict, and confusion, you will awaken, and your joy will be way beyond your ability to conceive of or imagine because the severe limitations that your human form places upon you enormously reduces your ability to envisage the wonders that lie ahead.

What you can do is set the intent to open to the awareness –an awareness that is held safe and secure deep within each one of you –that something of overwhelming magnificence is in the offing, and that its purpose is to resolve permanently all the issues and problems that lead to conflict and suffering for so many.You are all divinely blessed and divinely loved; you are all eternally safe within the infinite field of consciousness that is your Source, and nothing can ever change that. Change is of the illusion, of your lives in form, and is unreal no matter how intensely real it may seem to you.

Everyone has their own individual path to awakening because, as apparently separate beings, all have their own lessons, individually selected with divine guidance, that define their path. There will of course be similarities between paths, and so some will join with others at various stages in their spiritual evolution to move forward together. At the end of the path is One, is Unity, because they all lead to that same and only destination. As you evolve spiritually, while in human form, you become increasingly aware that all must be One because there is only One, and that therefore separation is indeed an illusion, even though you experience it as being very real. This is relatively easy for you to accept now that modern technology has made possible and available a means to experience a virtual reality –an unreal but visual and audible environment –that totally engages your attention, shutting out what, as humans, you experience as the material world, which is itself unreal as you experience it!

Reality Itself will engage with you and through you in a way that is infinitely beyond the capabilities of either the virtual realities created by modern technology, or the unreal reality you are experiencing while you choose to be in form.The Light and the Love of Reality will engage with you fully and most wondrously when you awaken, and your memories of the environment of form, while they last –because they will rapidly dissolve after you awaken –will seem like a very bad novel or movie that you have not the slightest inclination to finish reading or watching.

In Reality Life is Joy! There is nothing apart from or different from that state, but, by choosing to experience what separation would be like if it were a possible state of existence, you also chose to hide Love, Source, Reality from yourselves by placing the faint veil of illusion between It and yourselves. You are now preparing to remove that veil permanently, by becoming aware of and setting the intent to release what the veil is made of –judgment, bitterness, hatred, resentment, victim-hood, and anything else within you that is not in alignment with Love. Love patiently awaits your decision to release the blocks to Its Presence that you have erected between It and yourselves.

Love is eternally patient and has waited eons for you to choose collectively to awaken. It neither forces nor pushes nor manipulates, It just waits lovingly and patiently –knowing that you will release that with which you are blocking Its Presence –for the moment when you allow It to embrace you fully and completely as you return to full awareness of your true nature at One with It . . . alway 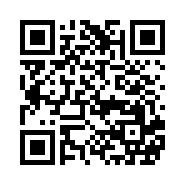