Today we would ask a question of you. Please ponder your answer well. What would your life, your thoughts, your beliefs about yourself be like if we could prove to you that you were not separate from anything?

We ask you this in order to show you the truth about what has been called the illusion. The biggest fallacy, the biggest lie, is the perception of separation. It is what allows you to deny what you are. It allows you to shift responsibility, or at least appear to. It allows all the other incorrect beliefs about yourselves that you have. It allows “I am better”, “I am worse”, “I could never”, and all of the other denials that you have assumed or have actually been encouraged to believe.

Now, it is a very simple thing to prove to you that all is a field of energy and therefore separation is an impossibility. Anyone with a basic understanding of science today would agree. But, at that point, a cognitive denial begins. Most humans do not allow that sort of thinking to spill over into what they truly believe about themselves or their mental and spiritual lives.

You have been taught that you are here and your source, whatever you wish to call it, is ‘up there’ somewhere. Yet you are ready to agree with a statement like “God is everywhere”. Do you see the disconnect?

Some – most – could even agree to “God is everything”. But they would be quick to assert, “except me!” Because, after all, to say that He/She/It is you would be sinful. Because you were taught so. Do you see that? Here is the truth of it. Saying that you are separate from and are not composed of God stuff is the lie. Actually believing that you are not and could never be that is the lie. If God is in all things, that must include you. Unless, of course, you are not a thing. Good luck with that one.

Actually, the denial of what is requires a lot more convoluted thinking than the acceptance of the truth does. Does “God made man in his image” not imply that whatever God made is a divine creation?

So, what reasons exist for this persistent set of beliefs?

It is easy to see that if you are convinced that you are separate, and need someone to communicate with the Divine for you, or interpret a set of teachings for you, then you can be controlled. A priestly class has existed for many thousands of years.

Less easy to see is that if you can separate yourself, or allow that belief to exist within you, you are relieved of a great deal of blame. Now, we said before that blame is a lie. The only one that is truly blaming you for anything is you. You came for experience. You had experience. You see where you could have done better. That is called a lesson. Want another shot at it? Go for it. Think you got the lesson and want to try something else? Go for it. It is a big universe.

Of course, there is this big bearded guy up on that cloud smiting folks. Friends, even your highly placed religious leader in Rome has stated that eternal punishment is not true. Did you not get the memo?

So, here is another interpretation you may want to consider. You are an eternal, divine creation and co-creator. You are free. You are powerful. Co-creators must be powerful, right? You are a part of All-That-Is. And you are here to make these understandings an integral part of yourselves.

That sounds hard, doesn’t it? Until you understand that there is an immense amount of support for your doing exactly that once you consent and allow that to happen. And we tell you that is a fact. We know. We are a part of that support – from which you are not truly separate. And our purpose is to help you in every way possible to remember who you are. This is one of those ways. And our messages, in many languages, and from many voices, will continue.

And, believe it or not, the lesson is finally being heard. If we had bodies, we would dance. 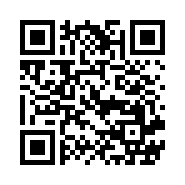