It is beginning now. Many times in our messages we have stated that an avalanche or waterfall of giant proportion was beginning and that it was already building. We stated often that you needed to be prepared because there were things coming that would be extremely shocking to many. Always we received the response, “I’m ready. Bring it on.” You are now being hit with the crest of the wave we referenced. You who were ‘ready’ need to not only keep your heads above water, but be ready also to act as lifeguards for those masses of people who have no idea what is happening.

Many have been struggling to deal with inner changes caused by energetic tidal waves of light. Do not be confused by this statement as what most of you call light is only a tiny portion of the spectrum we are speaking of. Those changes, the inner ones that were asked for by wayshowers, have mostly been completed now. They will now be reflected more and more by what you call ‘reality’. Bear in mind that what you call reality is what we call illusion. It is called illusion because it is malleable even though your minds insist that it is permanent. Nothing, you see, is permanent. The closest thing to permanence is change. What you see as matter is a very tiny portion of what is that has been coalesced into organized states to outpicture thought – temporarily. What thought? What organizer? Mind. Whose mind?

You must now come to understand that all matter is energy, and all energy carries intelligent information. So the answer to your question remains Mind. And the most difficult part of that for you to grasp is that it includes you. You are a part of It. It is all of you.

And you have determined to clear up the field of thought that you are in. It is boiling up to be released. It will not be pretty. It will not be in the least comfortable – until it can finally be more comfortable than it has been for a very long time. No memory and no history that you have can show you what that means. You must be prepared for an entirely new ‘reality’. This is your Event. This is your ascension. Enjoy the show.

Now, let us not forget to remind you that you are not, never were, and cannot be alone. We are a part of this as well, and we support you always. Namaste. We see the divine in you. Be the divine that you are. 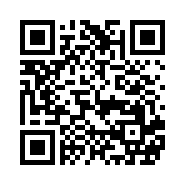