This is the answer to a very important question. The question was much longer, but this will give the idea and we will cover as much as we can in our response.

“I’m back to square-one which is despair and hopelessness. I just don’t believe that I can do this…achieve this Oneness state on my own nor apparently with what I thought was spiritual guidance.”

Spiritual teachings, as you find them today, originated from the written or oral accounts of those who experienced direct spiritual realizations. Therefore, all of those teachings, which have become religions, have, at their core, varying amounts of truth. And we will say that all have been ‘interpreted’ for you by persons or groups that had agendas that may not best serve you at this time, if they ever did.

That is why so many of them just do not ‘ring true’ to you now. Many of the old teachings survived in various secretive groups or societies in order to keep them unchanged. We are saying that the time for that is over.

You have been taught, as was stated in the lengthy question by the reader, that you and the Divine were, are, separate and may not meet unless something or someone intercedes, or unless something supernatural occurs for you. God good. You bad. God up there. You down here. And even though you may intellectually agree with newer concepts, those old ideas are deeply imbedded in your consciousness.

Today much greater clarity is being shared. We, higher states of consciousness if you like, other aspects perhaps, it matters not, are laying aside those inaccuracies and bringing to you those beneficial concepts that you have been denied.

Now there are numerous teachings and practices that can benefit you and that have been around for a long time. We do not deny that. What we are saying is that there are core beliefs that, if you allow it, can be found within yourself that will expand your consciousness and begin your journey into the knowing of the Truth of your being. We will state the basics here. You can find many more in past messages and in many languages in all parts of your world. It is THE message at this time.

First, as we said above, God is not ‘up there’ while you remain ‘down here’. Every teaching plainly states, though sometimes taught differently, that God is everywhere, in everything. You being a ‘thing’, in other words manifested in form, are included in that statement. Moreover, you are told that you are made in the likeness of God. You can see that no two of you look exactly alike, so what does that mean? Could it be that it is, perhaps, a non-physical likeness?

So, next: there is nothing for you to become. You are IT already. You simply need to allow yourselves to remember and believe that you are what you already are. Now we know that after thousands of years of having been told that this was not true and that it was, in fact, blasphemous, impossible, this ‘simple’ thing we describe is not easy. But it is a process that you can begin and carry through if you refuse to quit. And we also tell you that the divine being that you are in truth will not rest until this transition is complete.

There is, as we have stated before, one caveat. You must recognize and allow that what we have said you are is also true for every other, even those you do not like or agree with. You are all on your way home. Some are more lost than others. Love them, too. Love the divine within them. You do not have to have them over for beer and a movie.

If you notice, we said nothing about what you ‘must’ practice, what you ‘must’ say, what you need to study. All of that historical baggage is just that, baggage. When you see it as that, drop it and continue on. If what you are currently doing serves you well, by all means continue to do it. But we caution against allowing it to be your straight jacket. In some ways the idea that you are there to learn is quite correct. You are there to remember who you are. When you simply do that, you give permission, in some sense for all others to do the same.

There are a great many messages transcribed by this channel. They have evolved, it is true. But we do not waste your time with less than truth. Now your world has reached a threshold that we knew would come to be. You have actually reached it a bit sooner than was forecast. There was a time not long ago in which most of you would have never accepted what we have just stated. But your collective has advanced past that stage and is continuing in an ever increasing rate. Every step each of you make changes the field of consciousness that you all live in. You have learned separation. Now you are remembering inclusion.

We thank the reader for the wonderful question. It has given us the opportunity to restate these primary concepts once again. 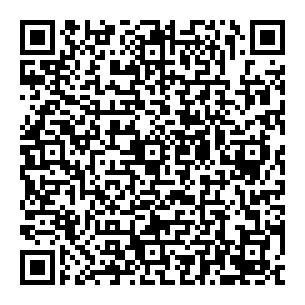